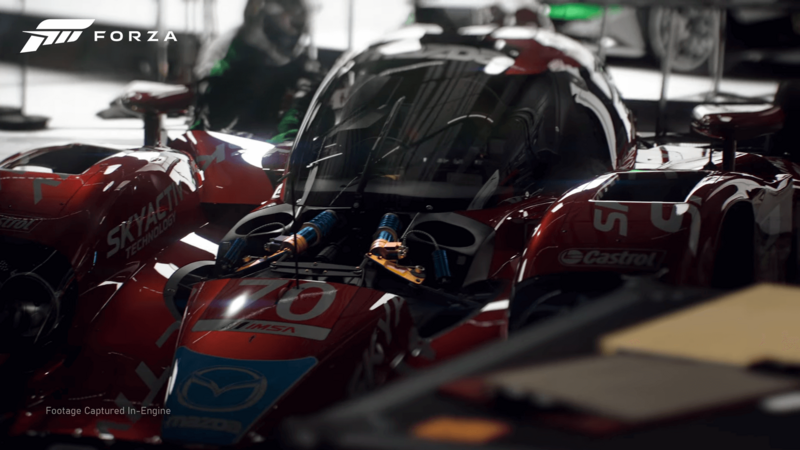 4.2
A prominent industry insider has shared a new report about Forza Motorsport 8 ahead of Xbox and Bethesda's E3-style presser this Sunday. More specifically, the report comes the way of Tom Henderson, who claims the game is aiming to release sometime in spring 2023, which sounds about right considering we've yet to see anything of the game nor hear anything about it since its reveal, all of which makes a holiday 2022 not impossible but unlikely.

Adding to this, Henderson claims the game will finally resurface at the aforementioned event. Henderson claims it will resurface with our "first look," which suggests there will be gameplay, which there was not at the reveal in 2020, the only time we've ever seen the game.

Unfortunately, this is the extent of the report about Forza Motorsport 8. However, there is an extra little tidbit. According to Henderson, the already-leaked Forza Horizon 5 Hot Wheels DLC will also be officially revealed alongside this.

"I'm pretty sure we're getting Horizon 5 hot wheels DLC announcement and our first look at the next Forza Motorsport – Slated for Spring 2023 last I heard." said Henderson.

In recent years, Forza Horizon from Playground Games has seemingly usurped Forza Motorsport from Turn 10 Studios in terms of popularity. And with Gran Turismo 7 now out and doing well, there's a lot of pressure on Turn 10 Studios to get this right, especially after such a long wait. If the game is as good as Forza Horizon 5, the most recent game, Turn 10 will be in good shape.

"It's hard to find much negative to say about Forza Horizon 5," reads a snippet of our official review of Forza Horizon 5. "The gameplay is fun and varied, the music is solid, there are tons of cars to unlock, and it's absolutely gorgeous to look at. The whole package is really breathtaking. Playground Games found so many ways to make Mexico come to life, taking great advantage of the region's diversity, while also pushing the Xbox Series X hardware to its limits. If you own the console, you owe it to yourself to check out Forza Horizon 5, whether that means purchasing a copy of the game, or playing it through Xbox Game Pass. It just might be one of the best showpieces for the next-gen era thus far."

Hope they go back on their word and cancel this nonsense

Best game ever made thos will be