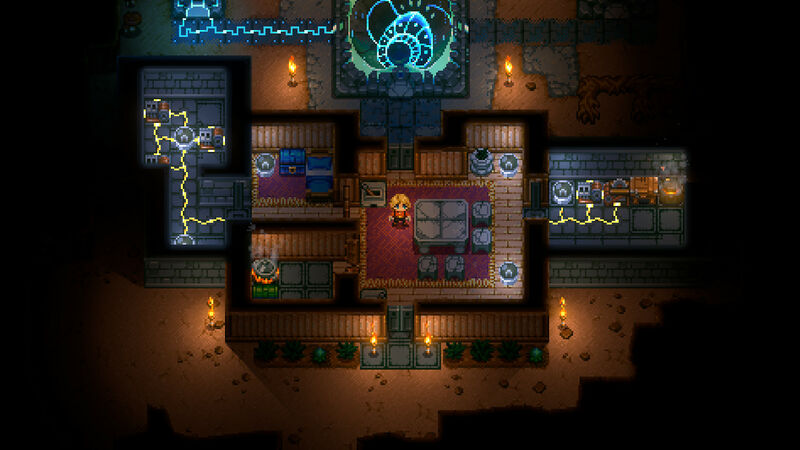 3.7
Pugstorm’s sandbox mining RPG Core Keeper will be getting its first major content update with Sunken Sea. Along with introducing a new water biome, players can now use boats to cross the water. Check out the first gameplay trailer below courtesy of IGN’s Summer of Gaming.

The biome offers multiple different islands to explore along with new weapons and gear (including a new Legendary Weapon). You’ll also mine several new types of ore and valuables, discover different kinds of fish and plants, and craft some new items for your base. If that weren’t enough, four new enemy types, a new Titan Boss, new food and much more await.

A full reveal is planned for the PC Gaming Show on June 12th so stay tuned for even more details (like a release date for the Sunken Sea update). Core Keeper is currently in early access for PC via Steam. It sold a whopping 500,000 units within just two weeks of release.

I always finfd these type of games hard asf

But I'm sure this one is as much enjoyable