Forza Horizon 5 DLC brings Hot Wheels back to the series! 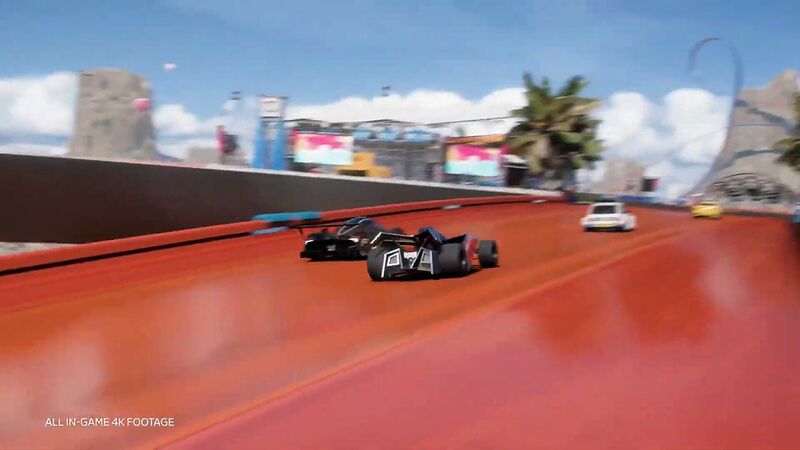 4.2
Some fun new DLC for Forza Horizon 5 has just been revealed at the 2022 Xbox and Bethesda showcase, allowing players to drive around on colourful Hot Wheels themed tracks that spread far above and beyond what your typical races are capable of.

This announcement sadly comes following some leaks earlier in the week. Nonetheless it's a great surprise for those who like some more high-flying experiences than your typical Forza track, as well as a few loop-de-loops for good measure.

Fans of the series may have a ping of nostalgia from this announcement, as it was Forza Horizon 3 that also featured its own dedicated Hot Wheels DLC, which quickly became a fan favourite amongst players due to its more lighthearted spin on the series. If this latest DLC pack is anything like the last one, we can expect some high speed and lofty altitudes in the near future.

Speaking of the near future, the Forza Horizon 5 Hot Wheels DLC is set to release on Jul 19 2022 for Xbox consoles, PC, and the Cloud, so you'll not have to wait too long to jump back in the driver's seat and speed off. As for price, you'll be able to pick it with the Premium Add-ons bundle, which is now on sale for £31.99 or your regional equivalent!

This game shouldn't get DLC's, not worth it ffs

re downloading for sure