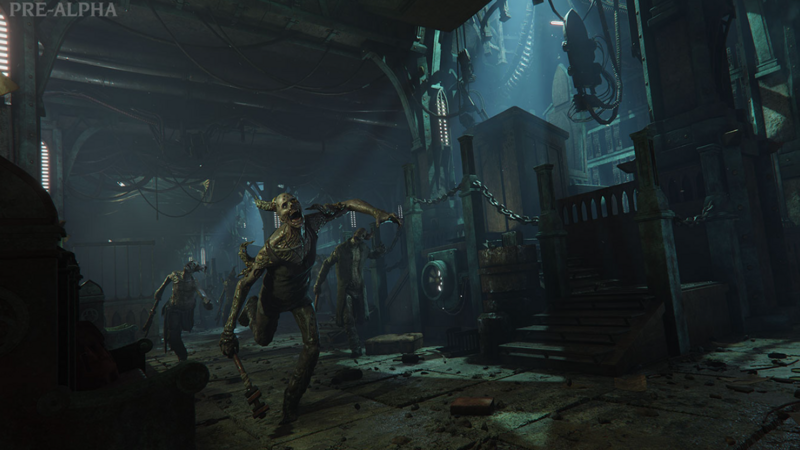 4.2
Warhammer 40,000: Darktide has released a new gameplay trailer, showing off a team of Imperium heroes slashing and shooting their way through a dangerous mission. As part of this week's Summer Game Fest, Fatshark revealed a new look at their upcoming Warhammer 40K co-op game, which is due to be released exclusively for PC and Xbox Series X/S this September. The new gameplay trailer shows off all four core classes in action and shows that players will have to work together to complex complex missions, instead of simply mowing their way through various poxwalkers and agents of Chaos. You can take a look at the new trailer below:

Warhammer 40,000: Darktide is an upcoming co-op multiplayer game in which a team of four players fight against waves of enemies. Interestingly, Darktide will have aspects of a live-service game, in which the plot of the game will evolve over time with regular content updates. Players will choose between four potential classes, which include the Veteran, Zealot, Ogryn and Psyker. Players can also customize their character's look in the game. The game looks to be a delightfully bloody and gory time for Warhammer 40K enthusiasts, similar to the Vermintide series also published by Fatshark.

The plot of Darktide will be written by Black Library luminary Dan Abnett and involves a group of agents investigating a Chaos excursion on the planet of Atoma Prime in the Hive City of Tertium. It's also confirmed that the forces of Nurgle will be involved, as poxwalkers were revealed in a previous trailer.

I've never played any Warhammers, but this looks really good to play