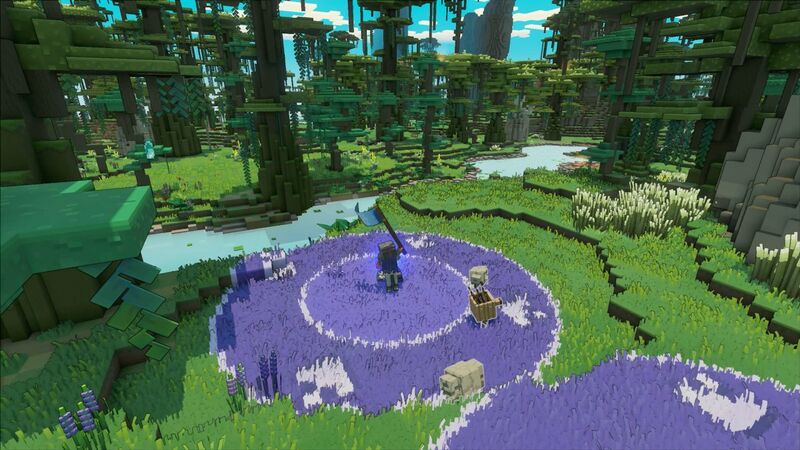 3.7
During today's Xbox Bethesda showcase, Minecraft Legends was revealed, a new spin-off from Mojang Studios. The game is being developed as part of a partnership with Blackbird Interactive, and is being billed as an action strategy game. The game will feature both single-player action, as well as online co-op. Players will be tasked with protecting the overworld from a piglin invasion. There will be a number of allies for players to work with to stop the invasion, including some familiar faces from Minecraft.

"In Minecraft Legends, players will discover a gentle land, both familiar and mysterious, full of lush biomes and rich resources. But this beautiful land is on the brink of terrible change – the piglin invasion has begun and threatens to corrupt the Overworld. It´s up to the player to make unexpected friends (including some classic mobs you'll recognize from Minecraft) to form valuable alliances and lead the way into strategic battles against the fierce invaders from the Nether," Dennis Ries, the game's executive producer writes.

Today's Xbox Bethesda reveal trailer for Minecraft Legends can be found embedded below.

Unfortunately, Xbox did not reveal when to expect the title beyond a 2023 release window. However, as the company noted during today's presentation, all of the games showcased today will be releasing within the next twelve months, so it will debut in the first half of the year. Xbox has also indicated that a lot more information will be revealed about the game before the end of 2022, and it will release on PlayStation and Nintendo Switch.