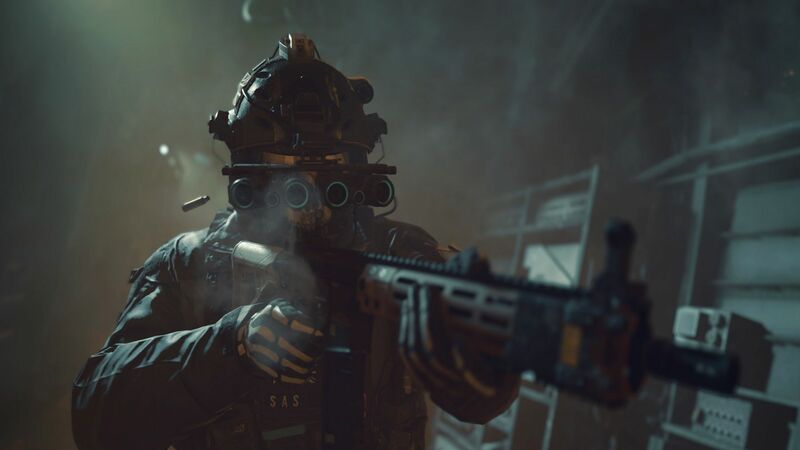 3.8
Activision and Infinity Ward have lifted the lid on what to expect from Call of Duty: Modern Warfare 2 when the game releases on October 28. Information regarding the campaign is tightly under wraps, but players do know that Modern Warfare 2 will see the return of special forces 141.

Multiplayer modes are arguably the biggest highlight of each COD release, and MW2 will be no exception. Players will see the return of Spec Ops, a cooperative mode that "advances your team-building skills," on top of the usual free-for-all and team deathmatch modes. Not only this but along with today’s Modern Warfare 2 news, Call of Duty: Warzone 2.0 was also confirmed to be released in 2022. With such a heavy focus on multiplayer, Activision has addressed those who wish to gain an unfair advantage.

The RICOCHET Anti-Cheat program was first deployed across COD: Vanguard and Warzone to combat players from using nefarious means to win matches. The developers have confirmed that both Call of Duty: Modern Warfare 2 and COD: Warzone 2.0 will feature the security device from day one when both games hit PCs later in the year. Essentially, the anti-cheat security driver works at a kernel level on the player’s PC to detect applications and code that could be utilized to aid a gamer in battle. Much like the previous games, RICOCHET must be installed on the player’s PC for the multiplayer sections to be unlocked.

With more titles enabling cross-play between consoles and PCs, it is vital that the playing field is fair across the board, and anti-cheat systems are useful tools for developers to do this. Although Activision actively acknowledges that the system isn’t 100% foolproof and that players should still report any suspicious activities. However, the publisher is committed to evolving RICOCHET’s algorithms in conjunction with other methods.

Modern Warfare 2 and Warzone 2.0 having RICOCHET support from day one will no doubt reassure the Call of Duty community. It is currently unclear if the system will be deployed in the up-and-coming MW2 beta test, however, an announcement from Activision and Infinity Ward addressing the issues shows that they are serious about removing those gamers choosing to play unfairly.

Fans will no doubt be excited about today’s announcement of the various pre-order options for the new game, such as the Call of Duty: Modern Warfare 2 Vault Edition. But players can also be confident that Activision is doing all they can to stamp out the cheaters to make the game fun for everyone.

"Modern Warfare 2 and Warzone 2 Will Have Anti-Cheat on Day One" :: Login/Create an Account :: 6 comments

It's not going to do any good

Antiglio and people will still get around it lol

I'm still untouched on MW, WZ, and Vanguard so I have high hopes for this one lol

and people will still get around it lol