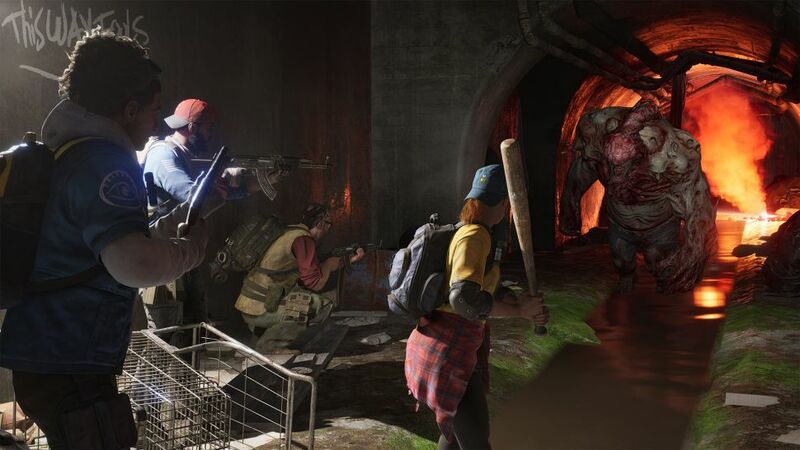 3.7
Back 4 Blood's June update was released earlier this week, adding a number of bug fixes, balance adjustments, and new features. One of these new features is player kicking, which "identifies and allows kicking from a Mission when a Cleaner is idle for too long or deals too much friendly fire damage." For many fans, it certainly sounds like this will be a welcome addition to the game, but developer Turtle Rock Studios says that the feature isn't final; the team will be making adjustments based on player feedback and the impact it has on Back 4 Blood.

"We discussed this feature at length to try and do what's best for the community, so we want to try this conditional kick feature that will only trigger if someone is playing outside the bounds of the game. We also feel that the traditional Vote to Kick can be exploitable and toxic. This feature is not final and we will be monitoring it closely," the developer writes.

It will be interesting to see how this feature evolves over time! As Turtle Rock points out, there is a way that "Vote to Kick" can be exploited by users, which is why a conditional version has been implemented. Whether or not that will go far enough remains to be seen, but it's clear the developer is hoping it will make multiplayer more enjoyable overall!

A spiritual successor to the Left 4 Dead games, Back 4 Blood released in late 2021. As with those games, Back 4 Blood centers around team-based first-person shooter gameplay. The game has found a passionate following since its debut, and Turtle Rock continues to add new features and content to keep players invested. In addition to the feature listed above, the June update has added new sprays, skins, accessories, cards, and more.

Back 4 Blood is available now on PlayStation 4, PlayStation 5, Xbox One, Xbox Series X|S, and PC.

As long as you are playing with a buddy you won't get kicked. On the other hand; the times my buddy and I play it's just us.