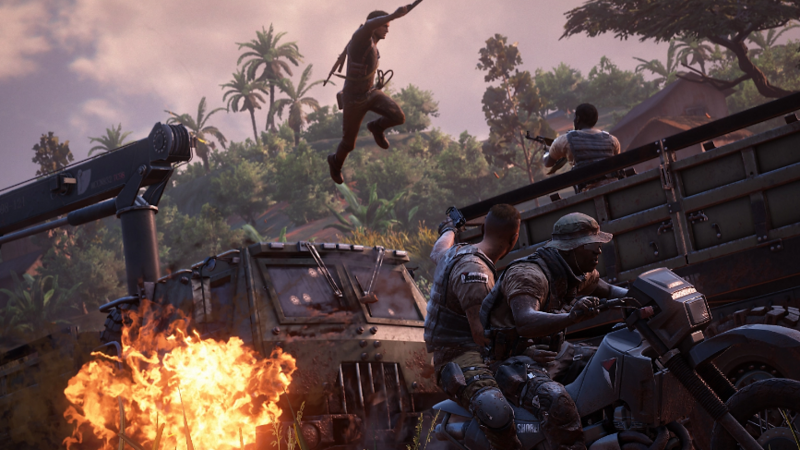 3.8
Uncharted 4 climbing mechanics could have included a stamina bar but Naughty Dog ultimately decided against it because it would have made climbing a chore. That’s according to Josh Scherr, co-writer of Uncharted 4 and The Lost Legacy. Scherr recently appeared on YouTube channel Couch Soup, where he explained why Naughty Dog left out a stamina bar and why it planned to include one to begin with.

According to Scherr (as transcribed by Eurogamer), Naughty Dog wanted Uncharted 4 to be a fast-paced game and a stamina bar would have slowed things down as players would be stuck watching their stamina while shooting and trying to outrun enemies.

A lot of the stuff that happens early on are prototypes of design things that eventually make it in. We were looking to do some interesting things with the climbing mechanics. The long story short version of that is that we did all these interesting things with a stamina bar, trying to make it feel more challenging. But we didn’t want to have people paying attention to stamina while they were also outrunning people shooting and all that kind of stuff. We wanted to keep everything quick and moving along.

Scherr also praised the PS4, likening the console to a “fancy version of a high-end PC” at the time that Sony “specifically designed to not be super complicated with a cell processor and six SPUs and all that other crazy stuff.”

It’s a pretty interesting conversation and worth listening to so check it out.

In other news, next week’s Capcom showcase will reportedly feature Dragon’s Dogma and Resident Evil Re:Verse, and Square Enix has confirmed that a new Just Cause game is in development but we’re not sure if it’s referring to the previously-announced mobile game or a full-fledged game.

Seriousl glad they didn't add the stamina bar in,
it would've ruined the game for me