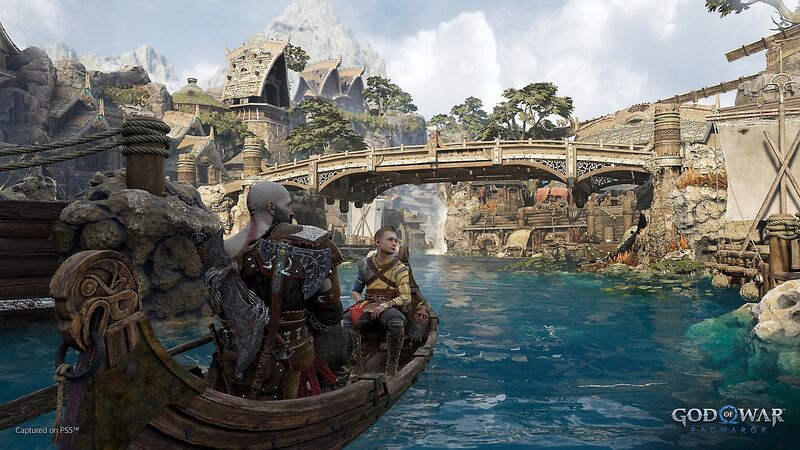 3.3
A leaker has hinted at God of War Ragnarok's release date finally being unveiled later this week at the Summer Games Fest.

Earlier today on June 7, reputable leaker and entertainment media data analyst Millie Amand published the tweet seen just below. The leaker appears to be hinting at God of War Ragnarok showing up at the Summer Games Fest event later this week, potentially even with a release date reveal on the cards for the forthcoming showcase.

If you were thinking the chances of PlayStation handing off a big AAA reveal to a third-party showcase are slim, you'd be surprisingly mistaken. Last year at the Gamescom Opening Night Live showcase in August, Guerrilla revealed the Horizon Forbidden West release date of February 18, 2022, delaying the game out of launching later that year in 2021.

As for Sony Santa Monica's sequel on the other hand, things have been a little bit more drawn out. The only information about God of War Ragnarok's launch window we've had to go on so far is a vague "2022," which Sony once again reiterated earlier this year. While the game was originally meant to launch last year in 2021, it was delayed to this year shortly after, something which former director Cory Barlog shouldered the blame for.

More recently in April, Barlog appeared in a short video to reassure fans that "something cool is coming," but that it wasn't quite ready to be shown off just yet. Could we see this "cool" something finally pop up later this week at the Summer Games Fest? To find out, tune into the showcase on Thursday, June 9, at 11 a.m. PT/2 p.m. ET/7 p.m. BST.

It's going to be a great game when it's finally released

Good this is pretty great can't wait to see more.