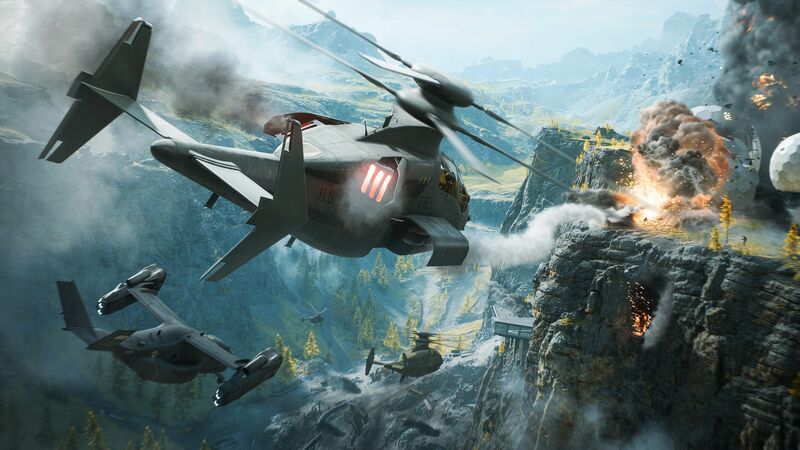 4.1
Electronic Arts will release Battlefield 2042 Season 1, which is titled Zero Hour, on June 9.

The release date was revealed in a new gameplay trailer published on Tuesday, which is viewable below.

Zero Hour introduces a new Specialist called Ewelina and a new weapon in the form of her rocket launcher.

It also adds stealth helicopters and a new mountainous map called Exposure, which is set in and around a Canadian research facility after a landslide has exposed its interior.

The game’s first battle pass includes 100 tiers of content to unlock, 30 for free and 70 for premium battle pass holders.

Season 1 was originally scheduled to launch in early 2022 but it was delayed to the summer so that developer DICE could focus on bringing the base game up to scratch following its troubled launch.

DICE recently confirmed that it plans to stop making new content for Battlefield 2042’s Hazard Zone mode. While it will remain playable and the studio will continue to address any critical issues that arise, future maps and content won’t be supported in Hazard Zone.

Electronic Arts CEO Andrew Wilson said in May that the company remained committed to Battlefield 2042 for the long-term.

“This is one of the great franchises of our industry, built by one of the great teams in the industry, and our expectations are it’s going to continue to grow and be a really important part of our portfolio for many, many years to come.”