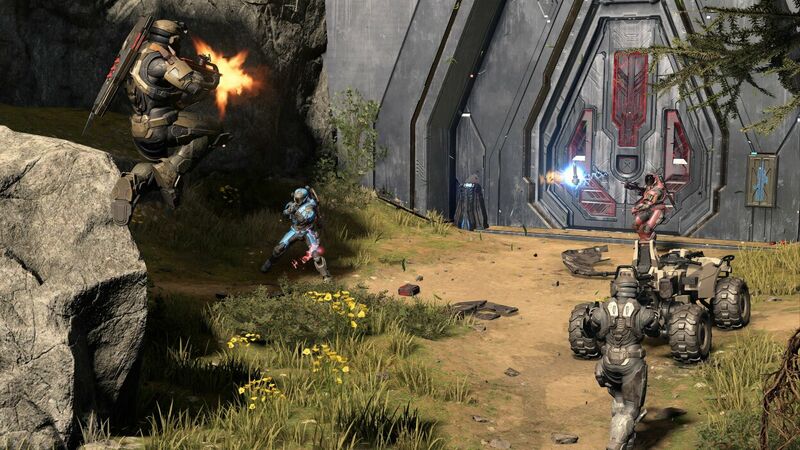 3.9
It looks like we could be getting some pretty important news related to Halo Infinite at an Xbox event taking place in the coming week. At this point in time, Infinite is in the midst of its second season, which is known as Lone Wolves. And while Season 2 of the multiplayer shooter hasn't been without its flaws, it looks like we could soon be learning more about what the future of the game will have in store.

As noted by user @UberNick on social media, a teaser for Halo Infinite that arrived at the start of Season 2 potentially indicated that a new announcement of some sort could be coming about on June 14th. At the time when this teaser was revealed, fans weren't sure what to make of it. However, since then, Xbox itself has announced that it will be holding a new "extended" gaming showcase next week on June 14th, which lines up with the initial teaser. As such, it seems likely that 343 Industries will have a presence at this presentation and will talk more about what the future has in store with Halo Infinite.

That strange cut in the Season 2 reveal stream had two dates in it.

Will we get a Halo reveal of some kind next Tuesday on the 14th? 🤔 pic.twitter.com/EEhmPC9yDa


At this point in time, we already have a broad idea of what will be going on with Halo Infinite throughout the rest of 2022. 343 has already confirmed that the long-awaited co-op campaign feature for Infinite will end up rolling out this August. And while we have yet to see what this will look like in action, perhaps this event next week could give us a taste.

The other feature in Halo Infinite that many fans have been waiting on is Forge mode. Much like co-op campaign, we still haven't been given a look at what Forge will be like in Infinite but 343 has currently committed to releasing the mode in a beta format this September. While these two aspects of the game are ones that fans want to see the most, perhaps 343 could show off something else entirely related to Infinite if it does have a presence at next week's showcase.

just curious for the BR really.