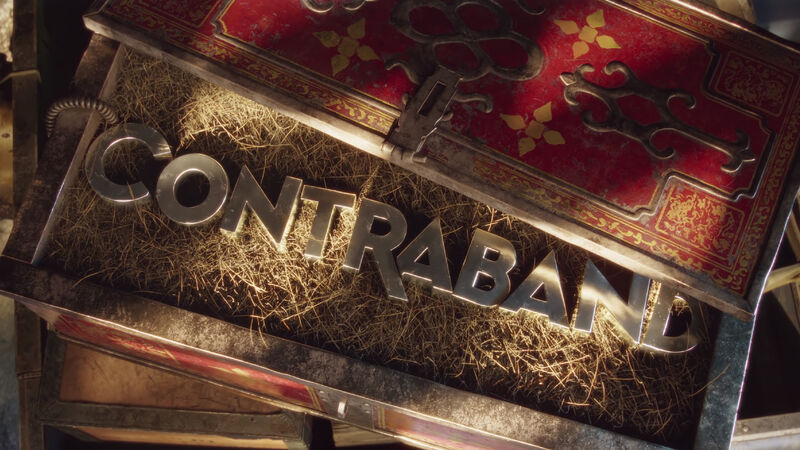 4.1
Microsoft has filed a new trademark for Contraband ahead of the 2022 Xbox and Bethesda Games Showcase.

The latest trademark(opens in new tab) covers the name and relates to “game software” for use on “computers, video game players, and electronic and wireless devices” (thanks, Aggiornamenti Lumia(opens in new tab)).

The trademark is likely related to Avalanche and Xbox Game Studios’ open-world heist game that was revealed last year. The short-but-funky announcement trailer pans across a dimly lit room as preparations for a heist are underway. You’ve got getaway plans sprawled across a table, an old communication system, and various retro decor that suggests the time period of the game will be a throwback.

The trailer also reveals some gameplay details, with the words ‘co-op’ and ‘open world’ sketched onto some old polaroids that are hanging from a line. The trailer then ends as we pan over to a treasure chest that has the word contraband sitting inside of it.

While it’s far from confirmed, the timing of the trademark’s appearance has sparked hope that we could see more from the upcoming game at the E3 2022 Xbox and Bethesda Games Showcase. The first stream is set for June 12, though we’ll get another one on June 14. The former is due to be the more announcement-heavy show, so we may see it more of Contraband then.

Seen the gameplay trailers. Very alike to Madmax and Rage