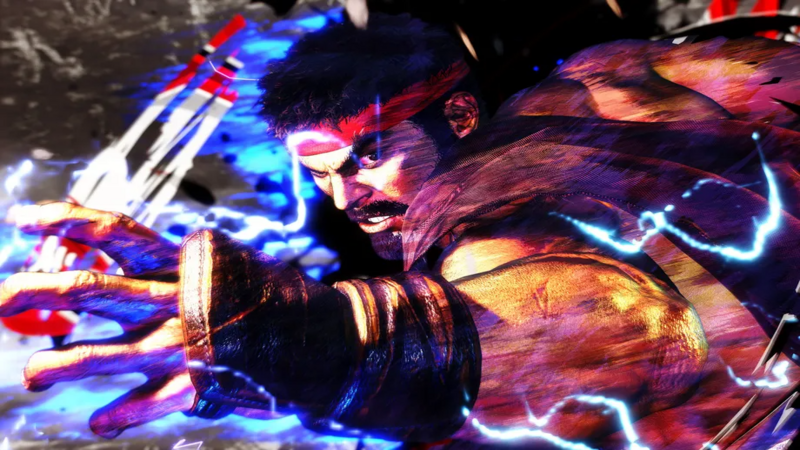 "Although Street Fighter 6 occurs after the Street Fighter III series, Ryu still feels that he's 'not there yet' – though he seems to have gained some dignity. The way he wears the kasaya (Buddhist robe) is reminiscent of his master, Goken," writes game director Takayuki Nakayama.

While plenty of Street Fighter fans have become invested in the game's narrative over the years, it's looking like Street Fighter 6 will put a much larger emphasis on story than we've seen in previous series entries. Last week's gameplay trailer showed Luke traversing Metro City between fights, and interacting with NPCs. Last year, Capcom also hinted that Luke would play a major role in Street Fighter 6 when the character was added as the final fighter in Street Fighter V.

That's not the only major change the next entry will see: in another first, Street Fighter 6 will feature optional in-game commentary. Capcom has enlisted members of the esports and fighting game community to provide this commentary, and players will have the option of choosing between different voices (or none at all).

Fans will be waiting until 2023 to see how these changes play out, when Street Fighter 6 releases on PlayStation 4, PlayStation 5, Xbox Series X|S, and PC via Steam.

Just hope they don't release anymore after this