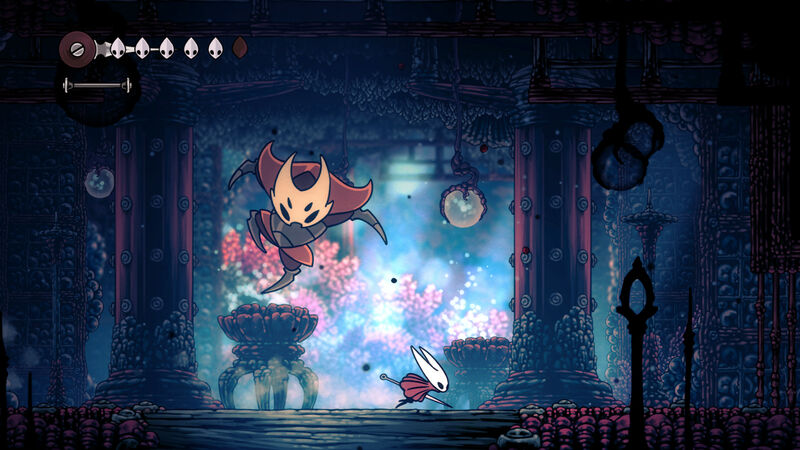 4
It looks like the long silence surrounding Team Cherry's Hollow Knight: Silksong could be coming to an end later this week if a new tease is anything to go off of. First unveiled back in 2019, Team Cherry revealed that it was officially working on a sequel to its smash-hit indie game Hollow Knight. Since this reveal, though, further news on Silksong has yet to really come about, which has led to fans becoming quite impatient. And while there is no guarantee that this lingering silence tied to Silksong will be breaking this week, it sounds like we could learn more on Thursday at Summer Game Fest.

In a recent interaction on Twitter, Geoff Keighley, who is the host and producer of Summer Game Fest, teased that a new "world premiere" video of some sort had recently arrived in his inbox. In response to this, Matthew Griffin, who is a marketing and PR person on Hollow Knight: Silksong, said that he approved of the tease. While Griffin's message had nothing specifically to do with Silksong, a number of fans inferred that this coy response could somehow indicate that the long-awaited game might be showing up in some capacity at Summer Game Fest.

I approve of the tease. =P


It's worth stressing that Griffin himself doesn't solely do PR work for Hollow Knight: Silksong, which means that if he is teasing something here, it could be related to another game entirely. Crownsworn is another title that Griffin happens to be working on, which means that this game could also be showing up instead. Either way, we won't have to wait long to find out as Keighley's Summer Game Fest event is set to take place later this week on Thursday, June 9th.

At this point in time, we still have no earthly idea about when Hollow Knight: Silksong will actually be launching. Whenever it does end up releasing, though, it's currently set to come to both Nintendo Switch and PC.

Best to release it only for the Switch

Iv heard of Hollow Knight before.

Never even heard of it before lol.