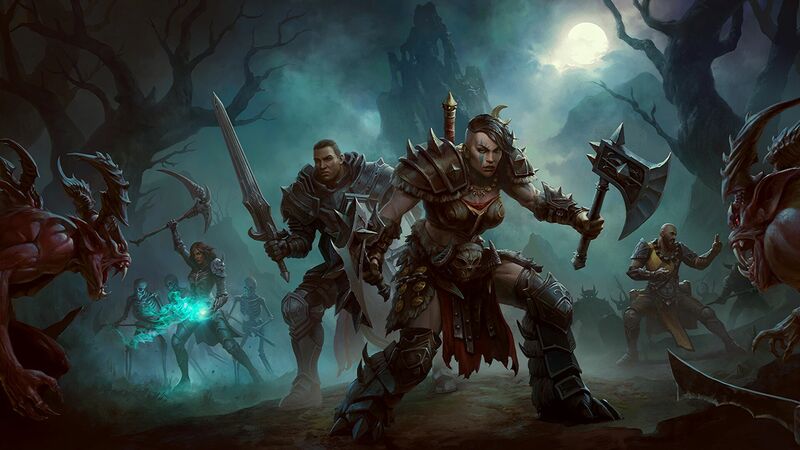 3.7
Diablo Immortal released earlier this week, and Blizzard Entertainment has dropped an all-new launch trailer to build hype for the free-to-play game. At just under 90 seconds, the trailer doesn't feature any actual gameplay footage, instead offering a handful of cinematic scenes centered around the game's narrative. The launch trailer is very much in keeping with what we've seen for past Diablo games, and it just might get fans on the fence excited about trying the new game!

The launch trailer for Diablo Immortal can be found in the Tweet embedded below.

Diablo Immortal is out now.

Free to download on iOS, Android, and PC Open Beta.


It will be interesting to see if Diablo Immortal will appeal to long-time fans of the franchise! Free-to-play games can be a tough sell, and many Diablo fans have raised concerns about pay-to-win elements prior to launch. However, there seems to be a lot of hype for this release, and ComicBook.com's official review for the game offered strong praise. In our 4.5/5 review, Tanner Dedmon wrote that Diablo Immortal "is simply worth playing" regardless of "whether you're playing it to stay occupied until Diablo IV comes out or playing it out of excitement." The full review for the game can be read right here.

Earlier this week, Diablo Immortal senior game designer Scott Burgess revealed that the launch campaign for the game will last about 20 hours for most players. Additionally, players can look forward to a significant amount of content released throughout the game's life. Blizzard is planning to release a new dungeon or zone every few months, which will also be accompanied by "brand-new story content." Like the base game, that content will all be free-to-play, so hopefully Diablo Immortal will offer plenty of incentive for players to keep coming back!

Diablo Immortal is available now on mobile devices and on PC in open beta.

Trailer is making it look good