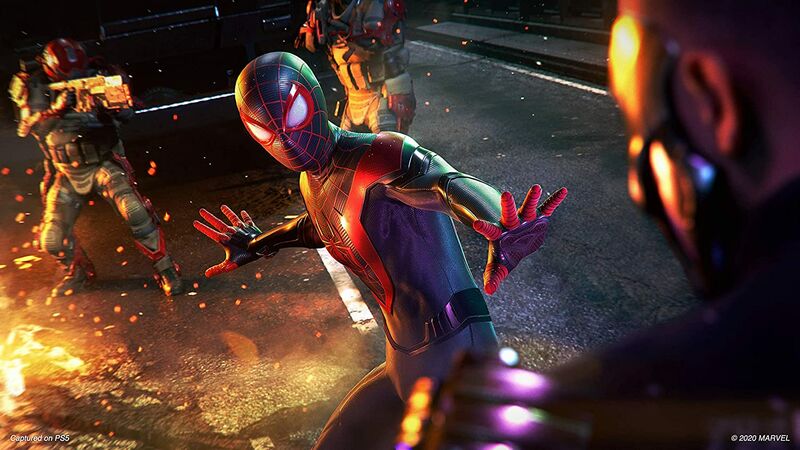 4
Marvel's Spider-Man: Miles Morales has been confirmed for PC. The PS5 launch title is already on PS4 where it was a major hit. The game sold a massive amount of copies on both consoles and was a huge critical hit. Although it was more of a stepping stone for Marvel's Spider-Man 2, fans resonated with the first Miles Morales-centric game. The game allowed players to pick up where the first game left off and see New York through the eyes of an up-and-coming Spider-Man after Peter Parker goes on vacation. Things quickly go awry and Miles begins to feel the weight of being a superhero through his responsibilities.

Insomniac Games has confirmed that Marvel's Spider-Man: Miles Morales is coming to PC this fall. No hard date was given and it's unclear if any notable upgrades will be added with this version, but it should be a nice addition to PlayStation's PC line-up. Earlier today, Sony confirmed that Marvel's Spider-Man Remastered will be making the jump to PC in August, so the entire series will be playable on PC by the end of 2022. This is likely being done to help get more eyes on the series ahead of the release of Marvel's Spider-Man 2, which is currently slated for release in 2023. Insomniac has yet to share a firm release date on the sequel and is staying hush-hush on details regarding plot, gameplay innovations, and more. It's likely we'll start to hear more about the sequel later this year or early 2023.

Either way, it's great to see Sony embracing PC as a platform and putting two of its biggest exclusives on it. The platform holder seems to be strategically releasing games on PC once they've already had a long run on PlayStation consoles and to help market sequels. It's likely Marvel's Spider-Man 2 will also come to PC eventually, but it will likely be years after release.

Holy hell spidy!! Glad it has been confirmed

Good to see it confirmed for PC.