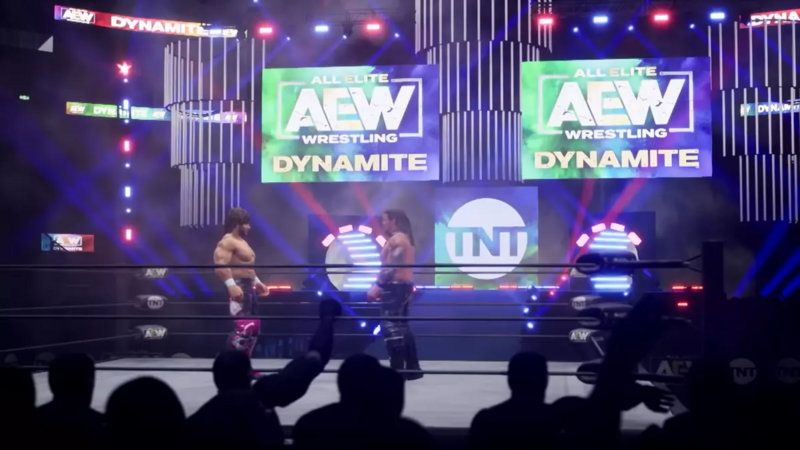 4.2
News regarding AEW Fight Forever, All Elite Wrestling's first console video game, has been slowly revealed over the past few months. The title was officially confirmed in April, two more roster additions were made via gameplay teasers last month and insider reporting has given hints as to the game's release date and roster size. AEW president Tony Khan was on The Corner podcast with Andreas Hale this week and gave another update, confirming that recent signings will be included when the game launches and that more will be added via DLC.

"I'm not gonna put an exact date on it. But we've put a lot of time and effort into the development of this game. It's gonna be great," Khan said (h/t WrestleZone). "A lot of the great stars of AEW are in it, and a number of people who've come in, even in the past year, will be featured in that game, and a lot of big stars have come in in the past year, and we've added some stars along the way that I think are really important to get in the game for everybody.

"So we'll have a great roster when we launch, and then we'll still be able to add people through DLC as we go, but making sure we get the best possible roster when we start. We've signed so many wrestlers in the last year, especially in the recent months. We may not be able to get every single person in, but people that have signed pretty recently, we're still trying to get some of the biggest names in because we think that's the best chance for the launch of the game is to have some of the biggest stars in the world of wrestling in the game, and we already had a lot of them, and we're adding more."

Fightful Select previously reported that the initial Fight Forever roster would include roughly 50 wrestlers. Between that report and confirmations the company has already made, here's who has already made the roster:

Glad they have given us the update on the characters

I still like the wwe games and I cant wait for this, im getting old tna video game vibes and it was so fun and different than any of the wwe games.