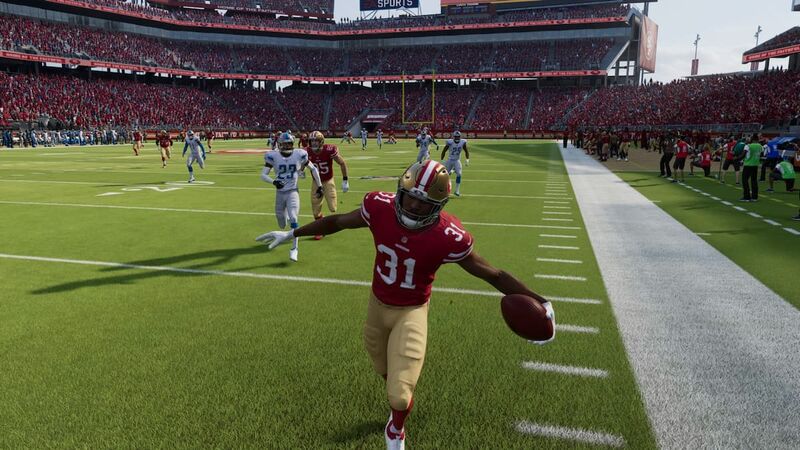 4
Electronic Arts has today formally revealed Madden NFL 23 alongside the three different covers that will be released for the annualized football game this year. As many fans expected, EA has opted to honor the legacy of John Madden with Madden NFL 23 after the franchise's namesake passed away in late 2021. And while Madden's reappearance on the cover is a pretty big deal on its own, EA is going even further to recognize the iconic football guru.

For the first time since Madden 2000, Madden NFL 23 will see John Madden himself returning to grace the cover of the game. Madden's appearance on the cover will come in three different forms, all of which pay homage to a different era of his career. The first cover features the iconic image of Madden being hoisted up by his players on the Oakland Raiders, which is the team he coached from 1969 until 1978. The second then features Madden as a broadcaster, which is how he became well-known to many football fans over the course of roughly three decades. Lastly, the All Madden Edition of Madden NFL 23 features artwork that calls back to the original John Madden Football which was released in 1988.


In addition to this return to the cover of Madden NFL 23, EA is honoring John Madden in an even bigger way. EA has stated that June 1st will now be what it is calling "Madden Day" in recognition not only of Coach Madden's achievements, but also of the original release of John Madden Football which took place on this same date. Furthermore, EA has continued to reiterate that it will be donating $5 million toward the John Madden Legacy Commitment to Education alongside dedicating a field in his name at the publisher's headquarters in California.

Lastly, Madden himself has also been confirmed to be reappearing within the game for Madden NFL 23. Madden will primarily be featured as a coach for two different "All Madden" teams that EA has put together. Additionally, Madden's own voice from his broadcasting career has been remastered and will be heard within Madden NFL 23 in various ways. No matter how you might be familiar with Madden, he should be represented in some manner in this year's entry.

Decent enough. It could've been worse I guess