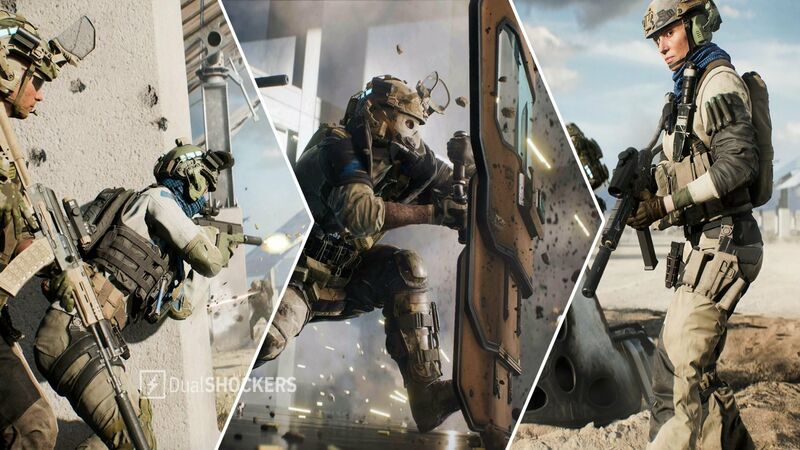 4.8
Dataminers have discovered some important info from Battlefield 2042 data, revealing the headlines of Season 1 content, including the new specialist’s gadget as well as a new map.

DICE is determined to reveal the first season of Battlefield 2042 next month, which they hope to revive the game and return players to EA’s latest multiplayer hit after the initial backlash over its rough launch.

Although DICE recently revealed some important changes coming with Season 1 to Battlefield 2042, they didn’t reveal anything about the upcoming content to the game.

Hopefully, a dataminer has managed to discover some exciting clues on Season 1 that not only reveals its name but also features the appearance of the new specialist as well as a thumbnail from the new map.

According to the leak, Season 1 is named Zero Hour and it will be launched with a Polish specialist called Ewelina Lis, whose special gadget is a Guided Rocket Launcher.

Moreover, the game will receive a pair of two-seat stealth choppers. Each faction in the game will get one of the choppers, and their statistics are expected to be the same despite their unique appearances.

A thumbnail from a wilderness also confirms that Battlefield 2042 will get a new map in Season 1 called Black Ridge, but the leak doesn’t provide anything on the location of the map, though it was rumored to be set in Canada.


Last but not least, Season 1 will introduce a Premium Battle Pass as well as two new modes including Exposure Conquest 24/7 and Exposure Mayhem. You can read the details about the new modes down below:

Exposure 24/7: Play conquest on Exposure on repeat. Jump into the action and join the battle for Black Ridge.

Exposure Mayhem: All Exposure, all the time. Enjoy conquest on the newest map with faster projectile and movement speed, quicker vehicle spawn, and faster deployment!

Keep in mind that these are all subject to change before EA or DICE officially confirm the upcoming content for Battlefield 2042 in the first season.

Battlefield 2042 Season 1 is expected to be revealed earlier next month. It will be launched for PS4, PS5, Xbox One, Xbox Series X, Xbox Series S, and PC.

Nice of them doing all of this. Just hope it's worrth all the time and effort. Hope it goes well