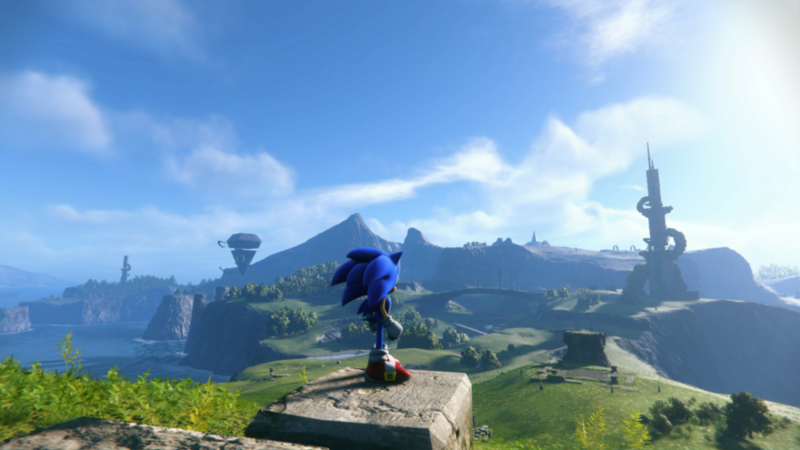 4.1
Sega has revealed the first gameplay footage from its new 3D Sonic the Hedgehog game that's titled Sonic Frontiers. First teased last year, Sega's internal studio Sonic Team revealed that it was in the process of working on the first 3D Sonic title since 2017's Sonic Forces. At the end of 2021, we learned that this game would be called Sonic Frontiers and would take the titular hedgehog into an open-world setting. And while fans have since had questions about how an open-world Sonic game would function, we now have a better idea.

Revealed via the official Sonic the Hedgehog Twitter account, Sega gave fans a brief taste of what Sonic Frontiers will be like to actually play. The gameplay footage in question that was shown off was only about 30 seconds in total but it showed Sonic zipping across the game's vast world. We can also see some brief snippets of combat, which sees Sonic duking it out with various robot-like enemies. There are still a number of questions to be had about Sonic Frontiers after this trailer, but it looks like the game will be quite seamless in how players can explore the world at hand.

Enjoy this small preview of Sonic Frontiers, and tune in all June long for the @IGN First cover story for more world-exclusive reveals! pic.twitter.com/iZhaFtSwio


While this is the first time that we've seen footage of Sonic Frontiers in action, it seemingly is just the start of what Sega has to reveal in the near future. The longtime Japanese video game publisher confirmed alongside the release of this new trailer that it's planning to unveil more news related to Sonic Frontiers all throughout June.

Looking good Sega, hope this sells very well for you

I remember playing the old Sonic games which was always fun growing up. Definitely would play this.

I'm confused as to what type of game it is, but it looks good nonetheless