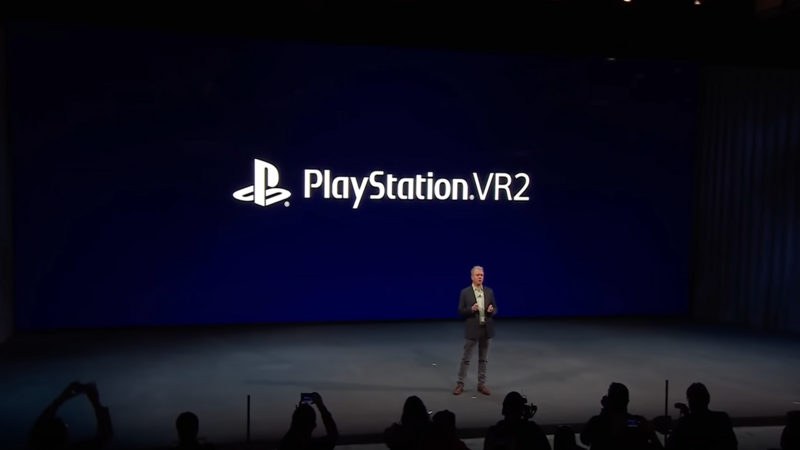 4.1
Sony may release PlayStation VR 2 in the first quarter of 2023, according to a tech industry analyst.

Ming-Chi Kuo, an analyst at Hong Kong-based TF International Securities, tweeted that he believed the headset may start mass production later this year with a potential launch in the first quarter of 2023.

“My latest supply chain check suggests that the assembler and several component providers of PS VR2 will start mass production with about 1.5M units shipments in [the second half of] 2022,” he claimed.

“Sony may launch it in Q1 23, depending on the development schedule of PS VR2 game titles.”

He added that one of the main changes in PlayStation VR’s production is the inclusion of cameras built into the headset, something the first PlayStation VR didn’t have.

While the original PSVR used a PlayStation Camera attached to the PS4 to track head movement by following LED lights on the headset, PSVR 2 will instead feature cameras on the headset itself.

“In the [augmented reality / virtual reality / mixed reality] era, I think Genius’s high-ASP orders of the aspherical lens, Fresnel lens, and Pancake from both Apple and non-Apple will be a new robust growth driver.

(2/5)
I believe PS VR2 will have a good start thanks to the support of 20+ game titles from first- & third-party at launch. Sony's position & resources in the game industry can accelerate AAA VR game development (e.g., Horizon Call of the Mountain), benefiting the VR growth.


While there is no official release date for PSVR2, Ming-Chi Kuo is not the first analyst to suggest that PlayStation VR 2 will launch in 2023.

Ross Young, CEO of Display Supply Chain Consultants, claimed in April that the new headset will launch next year as a result of what he implies is a “delay”.

Sony said last week that it will have more than 20 games ready for the launch of PlayStation VR 2.

“Right now, there is a considerable amount of money being spent on partnerships with independent and other third-party developers to secure a considerable pipeline of attractive VR content at the launch of PlayStation VR2,” said SIE president Jim Ryan.

“That energy, that effort and that money will continue to grow as the installed base of PlayStation VR 2 headsets grows also.”

It also announced the first PSVR2 game: Horizon Call of the Mountain from Guerrilla and Firesprite.

PSVR2 will feature 4K HDR, 110-degree field of view visuals with foveated rendering. Its OLED display will offer 2000×2040 resolution per eye and frame rates of 90/120hz.

SIE also confirmed the new headset will support Foveated rendering, which is a rendering technique that uses an eye tracker to essentially improve the graphical quality of VR software, by reducing the image quality in the peripheral vision of the user.

It's going to be a few years before I get this, so 2025 release would do

Would hope to see this in early 2023 could also be delayed till 2024 if so would not be surprised.