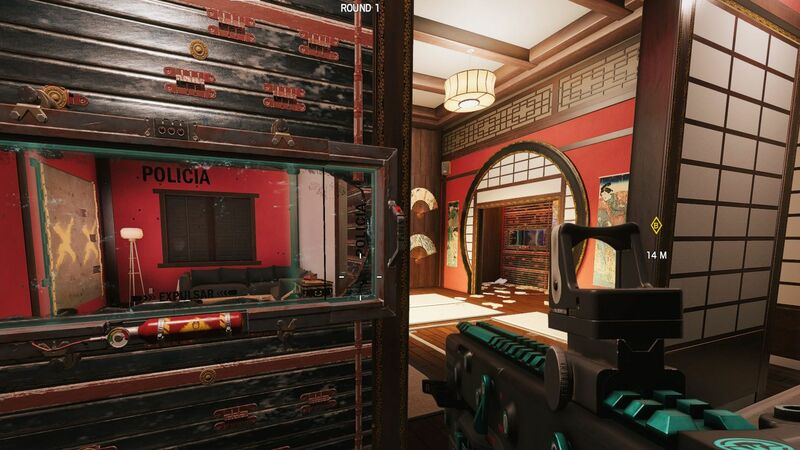 4
One of the things that has kept Rainbow Six Siege going as long as it has is that the developers often make little tweaks and changes to try and keep the game entertaining for everyone. To that end, developer Ubisoft recently announced that when the next update, Operation Vector Glare arrives it will be bringing a tweak that will allow reverse friendly fire to last multiple matches.

Reverse friendly fire has actually been a part of Rainbow Six Siege since way back in 2019, but its intent hasn't always matched its payoff. The point of the feature has been to stop "griefers" who seem to only want to cause havoc in matches. These griefers tend to shoot their own teammates, and that can do quite a bit of damage to those who want to play a regular match. Rainbow Six Siege developers have long said that the ability to accidentally hurt teammates is important to making the game as realistic as possible. However, people who want to be bad teammates tend to turn their guns on their allies and kill them. Considering it only takes one shot to the head to take someone down, they can take out multiple people on their own team rather quickly though the tweak to reverse friendly fire just might make that behavior stop.

While the new update keeps the behavior of reverse friendly fire where damage caused to teammates will come back on the person shooting, Rainbow Six Siege players who are serial offenders will have this effect follow them through multiple matches. The original version of this feature ended after just one match, allowing griefers to cause havoc to multiple matches.

Rainbow Six Siege director Alex Karpazis has deemed this updated version "preemptive reverse friendly fire" and has said that the effect could carry over to as many as 20 matches. The effect will also turn itself off after the griefer goes multiple matches without injuring any teammates.

Rainbow Six Siege players either cheating or griefing has been going on for quite a while now. However, the company has been slow to take any big actions against some of the players that appear to be doing one or both because of the varied skill levels of those who jump into the action.

With new modes like Team Deathmatch now added to Rainbow Six Siege the developers are taking new steps to get punish people that are intentionally playing the game "wrong." The drawback to this new version of reverse friendly fire is that it's bound to catch some people who aren't intentionally shooting their own teammates, but it should also really harm those who are griefing on purpose.

all these years later, this made me hate solo queuing

they should make it a war crime