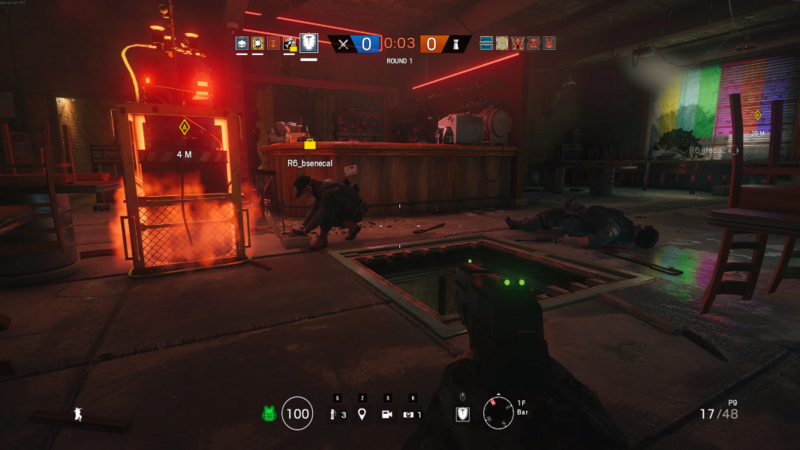 3.8
Ubisoft is home to some of the best-known franchises in the gaming industry. Thanks to titles like Prince of Persia, Ghost Recon, Far Cry, Assassin's Creed, and a host of others, the company has managed to build a massive following for its games. Recent updates from the company suggest that Ubisoft might be getting ready to introduce more shooter-based games to its catalog.

Although the likes of Far Cry and Assassin's Creed continue to make regular headlines when it comes to Ubisoft, the company appears to be looking to dive into the shooting genre more actively. For instance, Rainbow Six Seige has been getting content updates post-launch on a regular basis, and now, Ubisoft is reportedly working on upcoming first-person shooter titles as well.

A recent job posting has listed a vacancy for a Senior Game Designer for Ubisoft Paris, the same studio behind Ghost Recon: Breakpoint. The post details that the selected candidate will be joining a team that's already working on one of its "unannounced first-person shooter AAA projects." While Ubisoft hasn't shared specific details about the project itself, the listing suggests that the company may be working on multiple AAA first-person shooter games. As the project appears to be still in its early stages, it's unlikely that fans will hear more concrete details about what to expect any time soon.

In a similar job posting, the Ubisoft Paris studio opened up a vacancy for a level designer early this month for an unannounced AAA Ubisoft title. While it's unclear if this refers to the unannounced AAA first-person shooters in the works, evidence points that at least one of these will be an open-world game. The post mentioned that the team was looking for a level designer experienced in open-world shooter game production. Now with the recent job posting, the rumor of a new Ghost Recon title in development is starting to look more likely.

Of course, Ubisoft is already got its hands busy with other ambitious projects. The company is already working on Avatar: Frontiers of Pandora, Mario + Rabbids: Sparks of Hope, Skull & Bones, along with an open-world Star Wars game via Massive Entertainment. There's also speculation that Ubisoft may have over 20 titles scheduled for an announcement. While specific details are very little around these projects, it's likely fans can expect more updates when the company hosts one of its Ubisoft Forward events sometime around Summer Game Fest this year, but Ubisoft hasn't announced anything on this front yet.

This will definitely maybe be a good thing for them

And I'm sure they'll end up like hyper scape lol