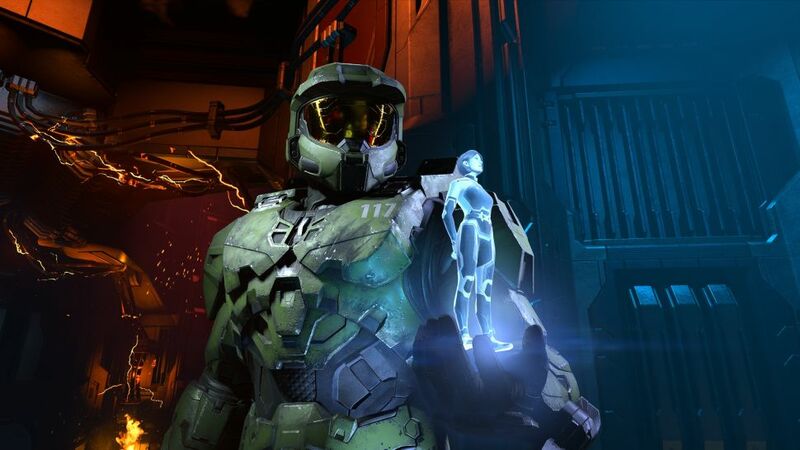 4
Halo Infinite's head of design has parted ways with developer 343 Industries, as well as Microsoft as a whole. A self-proclaimed "Xbox Live founding veteran," Jerry Hook started with Microsoft all the way back in 2003. Hook worked on multiple Halo games before leaving the company in 2015 to join Bungie. In 2018, Hook returned to Xbox, and became head of design on Halo Infinite just one year later. Hook announced his departure on Twitter, thanking Halo fans and his colleagues for allowing him to "run alongside you in this amazing industry."

"Today marks my last day at 343i, Microsoft and Halo. This journey has been filled with creating new worlds, platforms and products from Xbox, Xbox Live to Halo," Hook wrote on Twitter.

Halo senior community manager John Junyszek replied to Hook's post, stating that he was "extremely thankful for all you've done for Halo and our community." Clearly, Hook will be missed by his colleagues, and it will be interesting to see if there's a noticeable change in direction for Halo Infinite when 343 Industries announces his successor.

While Halo Infinite was very well-received at launch last year, many fans have been unhappy with the game's lack of content updates and pricing structure. Unsurprisingly, Hook's announcement was met with questions from Halo fans who wondered if his departure might be related to the game's problems, and some indication of struggles behind-the-scenes at 343 Industries. It's impossible to say for certain, but hopefully that isn't the case; the Halo franchise is incredibly important to Microsoft, and the Xbox brand as a whole. For now, fans of the franchise will just have to see how things play out for Halo Infinite over the coming months!

Good riddance, time to fix the gme the way it should be

It is Sad to see them leaving.