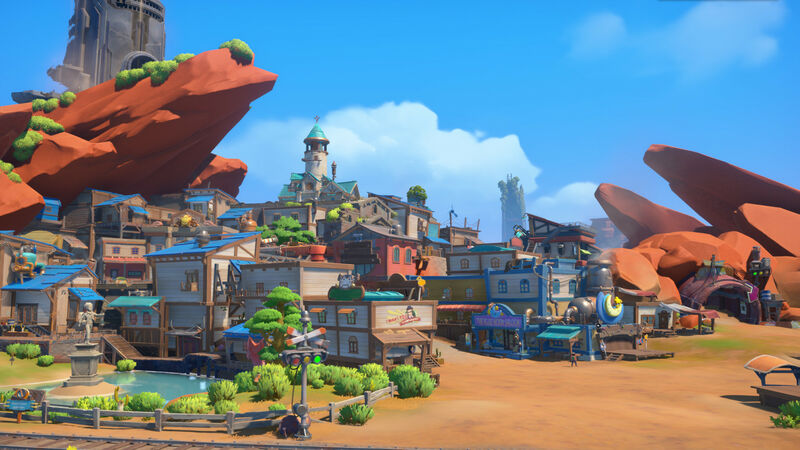 3
My Time at Sandrock looks to be enjoying a very successful launch, as it managed to top the original's concurrent player record on Steam in a matter of hours after launch.

Sandrock is still sitting high on the Steam top sellers chart, too, just behind the various models of the Steam Deck and the surprise vampire hit V Rising. Steam's sales charts are organized by revenue generated, so it's no surprise to see hardware listed high, and V Rising has become something of a juggernaut, so Sandrock's spot just behind them is impressive.

Even in Early Access, the initial response from Sandrock players has been quite positive. The game's enjoying a "very positive" rating based on Steam reviews, with particular praise pointed to the game's charming new characters. One point of contention is its performance - but the devs have already addressed that point and they say they're working on improvements.

Like its predecessor, My Time at Sandrock is a crafting and community-building RPG set in a peculiarly adorable vision of the post-apocalypse. If you want to know a bit more before diving in, you can check out our full pre-release impressions.

"My Time at Sandrock is already bigger than the original on Steam" :: Login/Create an Account :: 2 comments

That's what I like to see, game gets popularity downloads due to cheats

Helps the game to get more sales. Very happy