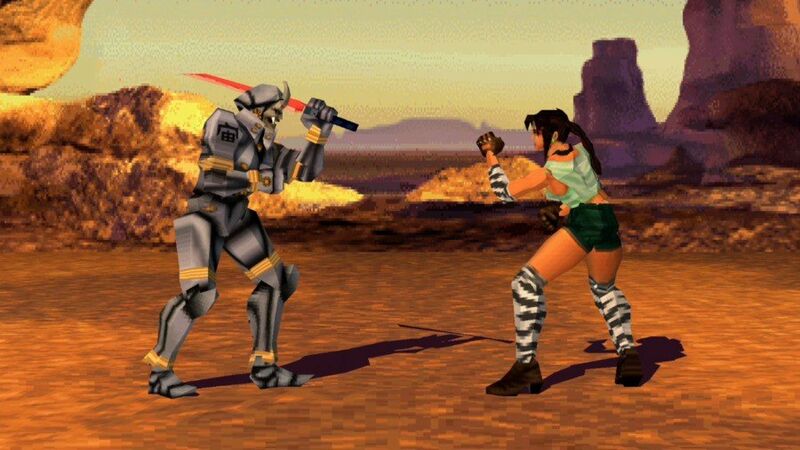 4.8
Do you want the good news or the bad news? Let’s start off with the positive, shall we? The PS1 games running on PS5 and PS4 actually scrub up pretty nicely. Sony’s emulator is doing some decent work here, not only adding quality of life improvements like rewind and save states, but also improving the visuals. This comparison of Tekken 2 is particularly noteworthy, showing a clear upgrade in resolution which results in vastly superior image quality:

So the emulator is pretty decent, then, and Tekken 2 is one of the titles using its NTSC 60Hz ROM, so it runs nice and smooth as intended. Unfortunately, the platform holder has used PAL 50Hz ROMs for some games – including in countries like Taiwan, where NTSC was the standard. This suggests it’ll be a consistent theme worldwide, so brace yourself for those slower framerates, America.

Here’s an example of Ape Escape running at 25 frames-per-second, as it uses the PAL 50Hz ROM rather than the superior NTSC 60Hz version:

Based on evidence we’ve seen around the web, this is the current state of play for ROMs Sony is using for this initiative:

Sony may be using PAL 50Hz ROMs for a number of reasons, spanning licensing and languages. However, it’s a disappointing development for enthusiasts – especially due to the inconsistency of it all. The fact that it’s repeated this issue after the PS Classic backlash is particularly infuriating. One thing worth noting is that Nintendo offers both versions with its Nintendo Switch Online service, so you can choose between PAL 50Hz and NTSC 60Hz, which would probably be the best path to take here.

While it’s easy to get angry about this, we’re hopeful the Japanese giant will notice the feedback and improve things moving forward. Presumably it’ll want to keep gamers subscribed to PS Plus Premium for as long as possible, so there’s plenty of time for it to iterate on the offering here.

I wonder if Sony got the ROMs from those ROM sites like EMUParadise and the like? LMAO