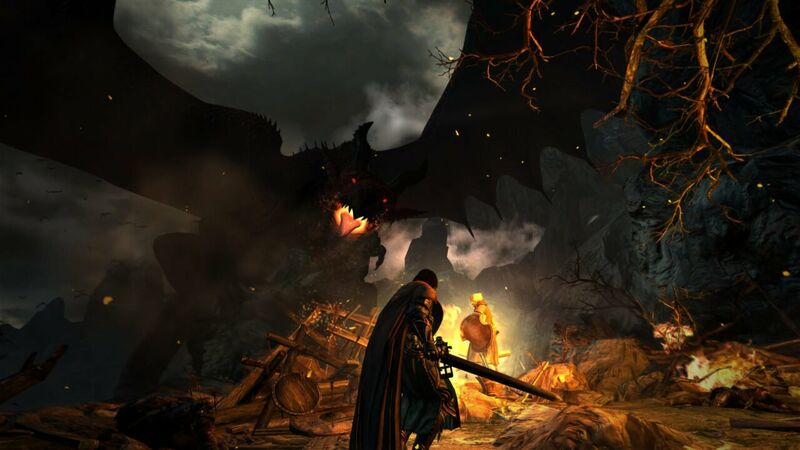 3.5
Capcom has launched a 10th anniversary website for Dragon’s Dogma, renewing speculation that a sequel to the game may finally be on the cards.

An expanded version of the game titled Dragon’s Dogma: Dark Arisen was released the following year for the same consoles before being ported to PC in 2016, PS4 and Xbox One in 2017, and Nintendo Switch in 2019.

“Starting May 2022, Dragon’s Dogma is celebrating its 10th anniversary,” reads a message on the game’s anniversary site.

“Thank you, Arisen, for taking up arms and braving through the impossible challenges laid ahead of you. We are forever grateful for your support throughout the years and hope you will join us in this momentous celebration of Dragon’s Dogma!”

References to Dragon’s Dogma 2 were included in both a Capcom data breach in November 2020 and an Nvidia Geforce Now leak in September 2021.

Ten years ago, the mighty Dragon, Grigori, sealed a fateful pact with Arisen with the release of Dragon’s Dogma.

As we look to the future, we'll also reflect on ten years of endless adventures, and we’re inviting you to join the celebration!#DragonsDogma10th pic.twitter.com/LKrPO93uwC


It remains to be seen if Capcom has plans for a follow-up, but the publisher recently suggested during an investor relations Q&A that it could revive some of its dormant game series.

Formed in 1983, Capcom has one of the largest libraries of original IP in all of gaming.

However, while blockbuster franchises like Resident Evil continue to receive new iterations as well as remakes of classic games, franchises such as Lost Planet, Power Stone and Okami haven’t seen new entries in many years.

When asked specifically what plans the company has for its dormant IP, Capcom responded: “We are currently putting together plans for our pipeline based on-demand data from the market.

“Going forward, we will continue to take customers’ wishes into consideration while devising our title lineup.”

Good for them for hanging in there

Huh well very interesting for sure.