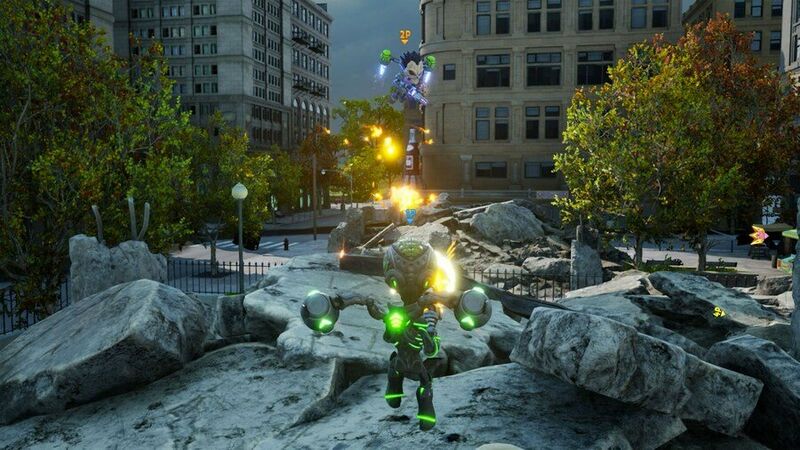 3.5
The Xbox Store has once again revealed a new game announcement ahead of schedule, this time revealing Destroy All Humans! – Clone Carnage. Officially labeled "standalone DLC," Clone Carnage will allow players to cause destruction with up to four players online, and two players via local splitscreen. The game will also offer four modes and six different maps. Unfortunately, little in the way of additional information has been revealed, but an official announcement from THQ Nordic will likely be made in the near future. As this leak comes from the Xbox Store, we can only confirm that Clone Carnage will release on Xbox One and Xbox Series X|S, though a PlayStation release is quite likely.

Over the last few years, the Xbox Store has leaked a number of games ahead of their official announcement. Just two years ago, the storefront leaked the existence of another THQ Nordic game, Kingdoms of Amalur: Re-Reckoning. In that case, THQ Nordic officially revealed the game's existence shortly after, and it's possible the same thing could happen for Destroy All Humans! – Clone Carnage. Of course, Xbox isn't the only offender when it comes to these types of leaks; last year, PlayStation accidentally leaked the existence of Destroy All Humans 2! – Reprobed. That game does not currently have a release date, so it's impossible to say if we'll see it before or after Clone Carnage.

Previous entries in the Destroy All Humans! series have offered multiplayer modes, and it will be interesting to see how Clone Carnage stacks up. From the Xbox Store's description, Clone Carnage sounds a lot more robust than what we've seen from past entries, and its standalone nature could attract a lot of fans that might not have otherwise tried it.

For now, fans of the series will just have to wait patiently for an official announcement from THQ Nordic!

we knew about this destroy all humans 2