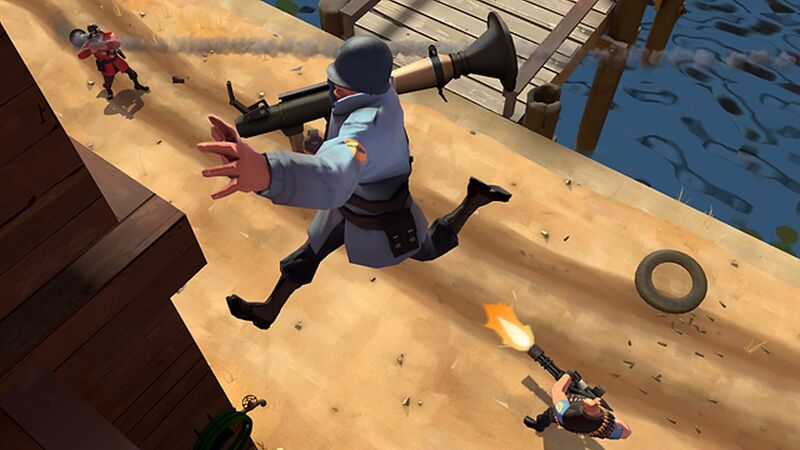 Robin Atkin Downes – who lends their vocal talents to TF2's Medic – explains on Twitter that they have messaged two of their contacts at Valve to explain why fans adore the long-running FPS game so much, and how the current botting situation has left them frustrated. Downes initially promised fans they would see what they can do to help earlier this month, so they’re making good on their word.

Downes explains that their letter and all the responses to their initial tweet have been forwarded to Valve employees who can respond to the problem and that they’ll give everyone an update if they get one. While the veteran voice actor encourages fans to keep making their voice heard, they ask that they continue to do so in a “peaceful, passionate manner”.

I wrote of the letters and e-mails I’ve received from fans of the game over the years that have not only been entertained by this game but also helped in many different ways. #Medic #TF2 pic.twitter.com/Azh255YFHj


Team Fortress 2 has seen its fair share of bot issues over the years. Recently, though, a content creator called SquimJim encouraged fans to reach out en masse to various media outlets and Valve employees to bring the issue back to the forefront of public conversation. Judging by Downes’ tweets, it certainly seems to be working.

Older games – especially on PC – are prone to botting issues. As IGN reports, while Team Fortress 2 is no different, players note that problems have accelerated in the past two years following a Team Fortress 2 source code leak. Not only are games increasingly challenging to play due to the number of bots, but actual players are being booted out to make way for more bots. It’s led many to call the game unplayable.

We’ve reached out to Valve for comment and will update this story if we hear back.

no one cares, next please!

this dude is clinging onto his 15 minutes huh