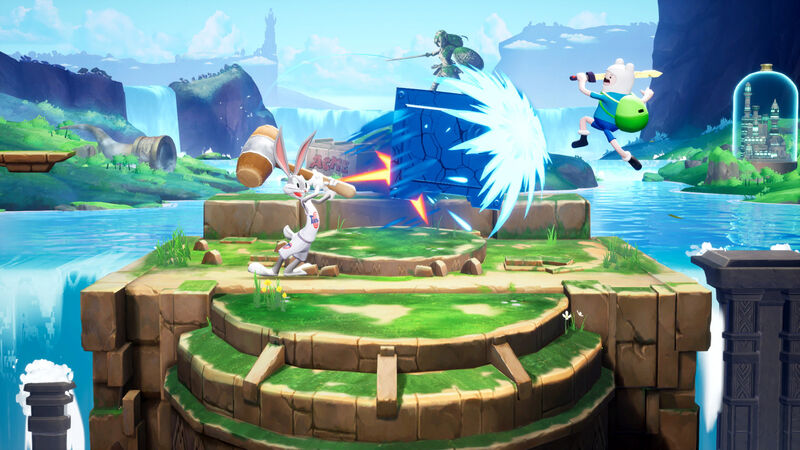 4.5
MultiVersus is going to launch with a number of beloved characters, and it seems that two more may have been leaked by dataminers. Reddit user JPMB5555 has been sifting through voice files from the game's closed alpha where they apparently found evidence that Gizmo from Gremlins and LeBron James will both be appearing as playable characters. Interestingly enough, the poster claims that the files contain both voice work for Gizmo and a Gremlin. It's possible that these will be two separate characters, but JPMB5555 believes there might be a transformation aspect involved with Gizmo, which would be pretty surprising!

"Either Gizmo actually goes and transforms as part of his moveset, which is the one thing he's never done in his series, or we're getting both. As much as it seems weird, considering the situation with Giant, the former seems the most likely," JPMB5555 writes.

The poster is referring to some controversy that has surrounded the addition of the Iron Giant. Many fans of The Iron Giant have been disappointed to see the film's titular character included in this game, considering his peaceful nature. JPMB5555 is inclined to believe that, if Warner Bros. was willing to sign off on the Giant in a fighting game, it's not implausible that Gizmo could turn into a Gremlin in the game, even though that's not something we've actually seen in the films.

Of course, the addition of LeBron James to the roster is not too surprising. James appeared in last year's Space Jam: A New Legacy, and was a playable character in its accompanying video game. The film's massive mix of characters owned by Warner Bros. could even be seen as a precursor to MultiVersus. The basketball player turned actor has also shown an interest in video games in the past, recently weighing in on a debate about Nintendo consoles. However, until Warner Bros. makes an official announcement about these fighters, fans should still take all of this with a grain of salt!

MultiVersus is set to release later this year on PlayStation 4, PlayStation 5, Xbox One, Xbox Series X|S, and PC.

Should just release this for the Switch

I've seen a few people play this game and it's done okay so far.

wonder if this will be entirely populated by pedos like smash

new space jam came out a few years ago