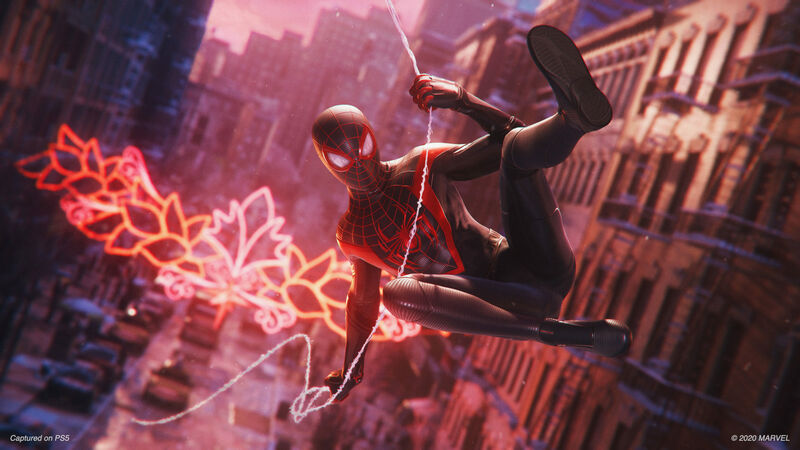 4.5
Microsoft turned down a deal that would have seen Marvel games developed exclusively for Xbox.

A huge part of a console's appeal is its exclusive games, and Sony has been knocking it out of the park with stellar franchises like Horizon and God of War. PlayStation fans have also delighted in zipping around New York City as Peter Parker and his teen apprentice in 2018's Spider-Man and Spider-Man: Miles Morales thanks to a deal Sony struck with Marvel. But things could have been very different if Xbox hadn't turned down the opportunity to work with Marvel when approached by the company in 2014.

As spotted by ResetEra user Nightengale, an extract from 'The Ultimate History of Video Games, Volume 2' by Steven L Kent reveals that Marvel reached out to both Microsoft and Sony with the aim of securing first-party deals. Jay Ong was hired as vice president of games in May 2014 to replicate Marvel's box office success in the gaming market. Ong sought publishing partners that would have "a deep pool of talent, commitment to quality, and inexhaustibly deep pockets" and hadn't adopted the 'crappy licensed games' mentality.

To him, three companies fitted that bill, Microsoft, Sony and Nintendo. But as Nintendo primarily focuses on its own IPs, it was ruled out. Instead, Ong approached both Microsoft and Sony, saying, "We don't have any big console deals with anyone right now. What would you like to do?" According to Ong, Microsoft's strategy revolved around its own IPs, so it passed on the offer.

Meanwhile, PlayStation execs Adam Boyes and John Drake met with Ong, who laid out Marvel's lofty ambitions, "We have a dream that this is possible, that we could beat Arkham and have one game at least and maybe multiple games that could drive adoption of your platform."

This led to the 2018's PlayStation exclusive Spider-Man developed by Insomniac Games, but not before Marvel had to wrestle the rights of the franchise away from Activision, which had been making Spider-Man games throughout the 2000s. When Ong announced that he wanted to find a better home for Spidey, Activision replied with, "Good luck finding your unicorn." Given the phenomenal success of Spider-Man on PlayStation, it appears that unicorn has been well and truly found. As for Microsoft, it's fair to assume that it probably regrets not taking Marvel up on its offer.

As well as Spider-Man 2 and Wolverine, Insomniac is also working on an unannounced multiplayer project. A job listing suggests that it could be a brand new IP.

I'm surprised Microsoft turned down the deal. Some marvel the game still do pretty well.

As much as I think Marvel is lame, this is shocking. I'm sure any games with their logo will sell well