Skyrim Anniversary Edition could be coming to Nintendo Switch 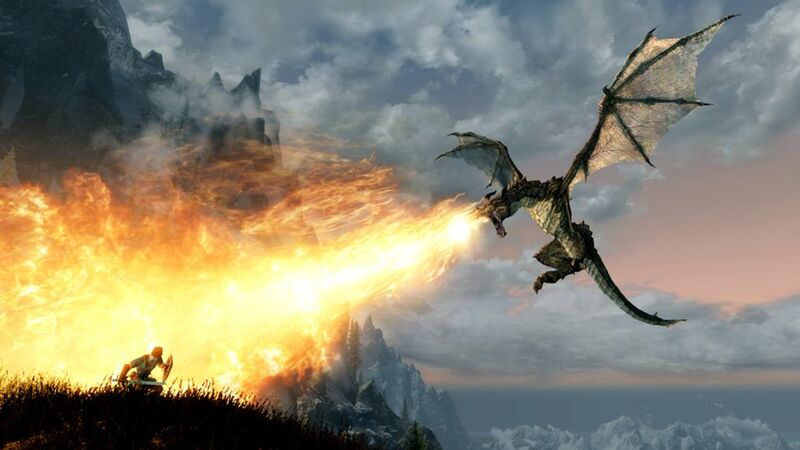 3
Skyrim Anniversary Edition has been rated for Switch, suggesting the game could finally be making its way to Nintendo's console.

The rating by the Taiwanese game rating board has now been taken down, but not before Switch Brazil managed to nab a screenshot. The image shows that the rating was filed last week, on May 15. We'll have to wait for word from Nintendo to know for sure that Skyrim Anniversary Edition is coming to Switch, but it's not uncommon for a game to be officially announced shortly after it's been revealed by a leaked rating.

Skyrim Anniversary Edition makes Bethesda's mammoth RPG even bigger with a decade worth of content. Added to the base game are three expansions, Dawnguard, Hearthfire, and Dragonborn, as well as a wealth of Creation Club mod content. Lastly, and perhaps most exciting of all, there's also a new fishing system.

Skyrim did, of course, get a Switch version which was released in 2017. On other platforms, the Anniversary Edition is available as a paid upgrade as well as a standalone game. Hopefully, this will also be the case if Skyrim Anniversary does see a release on Switch.

"Skyrim Anniversary Edition could be coming to Nintendo Switch" :: Login/Create an Account :: 4 comments

If people stopped buying Skyrim and gtav then they'll make new ones. As long as people keep buying the games then they'll just milk them

Which game has been milked more: GTA 5 or Skyrim?