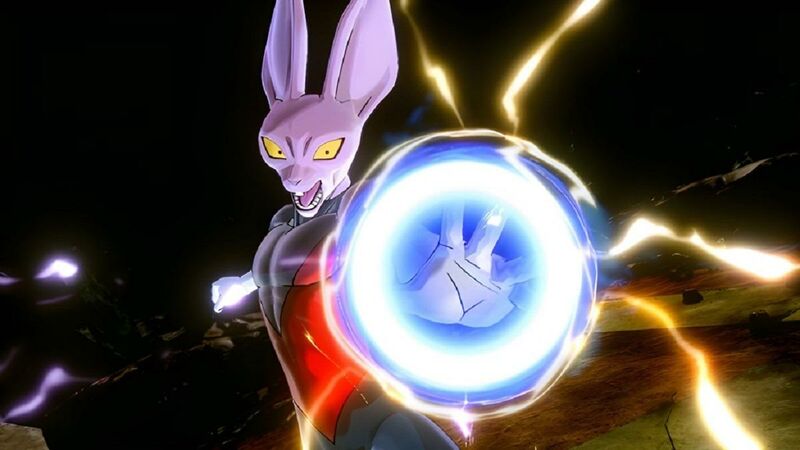 3.7
Dragon Ball Xenoverse 2 is getting yet another DLC character with Bandai Namco revealing this week that Dyspo will be coming to the game. The rabbit-like character with super speed to match who comes from Universe 11 was confirmed by the game's creators over on the official Dragon Ball site alongside some screenshots and some previews of his abilities. He'll be released as part of a DLC pack coming this summer, but an exact release date for Dyspo and others like another new version of Goku have not yet been set.

For those who not only play Dragon Ball Xenoverse 2 but are involved with happenings around the game, too, you may recall that a poll was held not long ago to try and determine who the next DLC character would be. Another Ultra Instinct variant of Goku was the winner of that poll, but Dyspo was a contender as well, and despite Goku's victory, many assumed that the runner-up candidates may get added also. It appears that in Dyspo's case, those theories were correct.

The Dragon Ball site showed off Dyspo's in-game design as well as three of his moves: Justice Kick, Justice Blade, and Circle Flash while hyping up the character's speed which defined him in his Dragon Ball Super debut.

"And since he'll be joining the game as a playable character, all that speed is yours to harness!!" the Dyspo announcement (via Gematsu) said. "Close the distance between you and your enemies in the blink of an eye and unleash Dyspo's wide array of attacks before they know what hit them! His Awoken Skill 'Supersonic Mode' further increases his movement speed and buffs certain attacks at the cost of constantly draining Ki, so knowing when and where to use it will be the key to victory with this character!"

With Dyspo now confirmed for Dragon Ball Xenoverse 2, the Universe 11 trio of him, Toppo, and Jiren will be completed. We know he'll be releasing at some point in the summer as part of the new DLC pack, but it hasn't been confirmed yet which additional characters will make up that release beyond him and Goku (Ultra Instinct -Sign-).

Wow I am so surprised they still have DLC coming out.

Never played it, Seen gameplay but never thought it was a good game

I've never even heard of this game