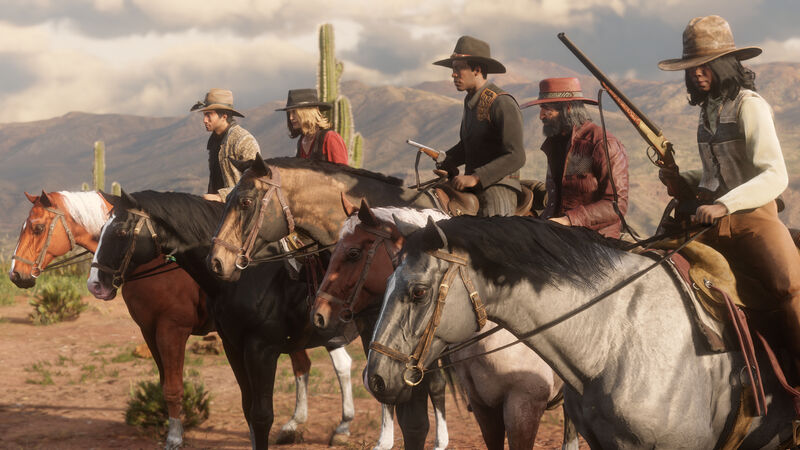 “Rockstar Games talks about the updates that are coming, and we’re working on an awful lot at Rockstar Games,” said Zelnick. “I’ve heard the frustration, it’s flattering that they want more content, and more will be said by Rockstar in due time.”

In an update after the original statement, Take-Two Interactive made it clear that any commitments Zelnick may have made about Red Dead Online‘s future are referring to the game’s servers staying live, rather than any confirmation of new content making its way to the game.

The Red Dead Online community started talking about the lack of content in the game with the #SaveRedDeadOnline hashtag in January. The community’s major sources of frustration revolve around the lack of content, and the fact that whatever updates the game receives are minor when compared to the updates seen in Grand Theft Auto Online.

The community has also expressed frustration at the lack of communication from either the studio, Rockstar Games, or the publisher, Take-Two. Despite Zelnick’s statements and acknowledgement, Rockstar Games has yet to make any statement or announcements regarding future of Red Dead Online or Red Dead Redemption 2.

Recent reports have suggested that Red Dead Redemption 2, which has now sold over 44 million units worldwide, will be receiving current-gen patches for PS5 and Xbox Series X/S. Assuming that happens, fans will be hoping that Red Dead Online will receive new content to align with that, similar to how Grand Theft Auto 5’s current-gen release was handle.

That sounds about right. Don't change anything, even when players ask to do so

so nothings gonna change but they acknowledged it? cool