Gears of War Remastered Collection Rumored to Release This Year 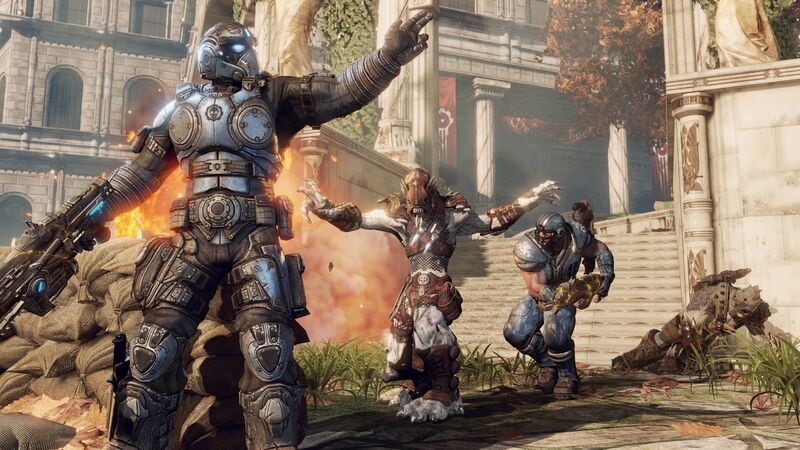 4
A new rumor has suggested that Xbox could look to release a new remastered bundle containing many Gears of War games from the past. This rumor is one that we actually heard about around the start of 2022, but since that time, no new information related to the collection has been divulged. Now, it sounds like Xbox could look to be on the precipice of revealing this Gears of War package with the intent to release it at a time this fall.

News of this potential Gears of War remaster stems from Nick Baker, who has been a reliable source of information (particularly with Xbox) in the past. In the latest episode of the XboxEra Podcast, Baker stated that he "is of the belief" that this remastered Gears of War collection is one that will launch at a time later this fall. He also believes that the announcement of this remaster could come about at the Xbox & Bethesda Games Showcase, which is slated to take place in a little under a month on June 12th.

As for what this collection would actually contain, well, that's what remains to be seen. Baker himself has likened this remaster to Halo: The Master Chief Collection, which means that virtually every Gears of War title from the Xbox 360 era could be included here. Specifically, this would involve Gears of War, Gears of War 2, Gears of War 3, and Gears of War: Judgment.

It's worth stressing that since this is a rumor, you should take everything laid out here with a grain of salt. As mentioned, Baker has been a solid source of info in the past on subjects like this, but even he has been hesitant to outright state that a Gears of War remaster is coming with certainty. As such, until Xbox makes this announcement official, don't get your hopes up too high just yet.

Definitely going to grab this when it comes out.

Would love to get this IF t does get released