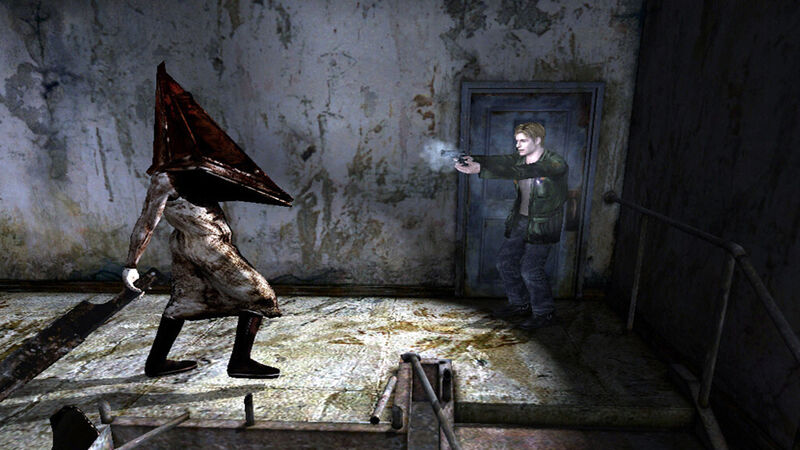 3.5
Some new artwork and screenshots rumored to be from an in-development Silent Hill game was shared this week, and based on some actions taken against the leaker, it appears these looks at the game may be more legitimate than some might've guessed. The images in question were scrubbed from their homes on social media via copyright strikes which doesn't outright confirm the details shared alongside them but certainly adds some credibility to the claims.

Well known leaker AestheticGamer, sometimes called Dusk Golem, shared a couple of images on Thursday which were said to be from a Silent Hill project. The leaker said the images "are a bit dated" and were from 2020 which meant that the project perhaps looks different now. In anticipation of the inevitably naysayers who would look to call out the leak as fake, the leaker said they had more that they weren't sharing and that they'd seen "a lot of private proof to show this is real." What's more, they said the game connected to these images wasn't the only Silent Hill game in development.

But the apparent actions of Konami have lent more credence to these claims than anything AestheticGamer could've said themselves. Within just a couple of hours, the images had been struck down via copyright claims which, if they were fake, wouldn't be necessary at all. As the leaker said, the project could look different by now which would mean the images were no longer solid indications of where the game was at or what it looked like, but the fact that actions were taken against them at all means something about the images was real enough that the owners didn't want them made public.

AestheticGamer doubled down on the claims in follow-up tweets shared after the copyright strikes came through while reaffirming that this Silent Hill leak they've shared and every one before it has been "100% true." They added that despite the speculations that've been shared online in lieu of these leaks, nobody's correctly guessed what the game's narrative entails.

"All I'm going to say is what people THINK the plot of the Silent Hill game I posted pics for is about, and what the plot is actually about, are entirely separate things. But I don't blame as I purposefully avoided posting spoiler-y things," the leaker said. "Just know I've been reading my notifications, some other places. And no one has even remotely been right about the game's narrative."

Silent Hill fans have routinely criticized the publisher for leaving such a prominent franchise dormant with similar criticism aimed at other Konami-owned properties like Metal Gear Solid. Konami has not announced any new Silent Hill games at this time.

Whatever the story turns out to be for the new Silent Hill, I'll be happy to play it anyways