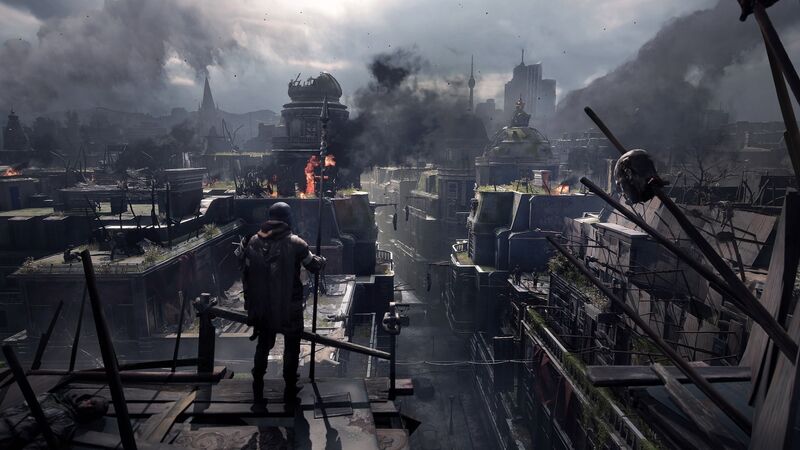 4.5
Adding on to the slate of delay announcements today, Techland has announced that the first story DLC for Dying Light 2 Stay Human has been delayed from June to September. Citing its desire to be “honest and transparent with fans,” the developer says it needs “a bit more time” to develop the same. In an updated roadmap, it’s outlined some of the new features and content that can be expected in the coming months.

June sees the release of Photo Mode along with the first “Chapter” called “In the Footsteps of a Nightrunner.” New missions, bounties, enemies, rewards and the Agent and Rank system will be added with the update. Interestingly, the second Chapter is slated for September-November and adds even more enemies, missions, bounties and so on.

As for the second story DLC, it’s simply slated for the future along with new weapons, enemies, stories, events and additional content. Stay tuned for more details in the coming months. Dying Light 2 Stay Human is currently available for Xbox One, Xbox Series X/S, PS4, PS5 and PC with the Nintendo Switch version coming later this year.

Dear Pilgrims, your feedback always has the highest priority for us, and we want to be honest and transparent with you. We will still need a bit more time to develop the first story DLC. It is now planned to be released in September. pic.twitter.com/5XNe1uIC9u

However, in June, we will introduce the first game Chapter entitled “In the Footsteps of a Nightrunner,” filled with content and events, as well as the highly anticipated photo mode, so stay tuned for more action in The City!

We apologize for the delay, and please take a look at the updated RoadMap for Dying Light 2 Stay Human

It's to do with the Xbox Series S memory issues

Can't believe this has happened, It's great that they added the NG+ so that gives us another play through of the story and we can pick up new weapons, 30 More inhibitors and more. Techland say they have 5 years worth of content in the pipeline which is great but if they are going to overload us with free running challenges then they need to give us another skill tree for parkour, Also another Combat skill tree would be a nice addition.

It's sad that no studio rn can keep their deadlines and promises for content simultaneously.