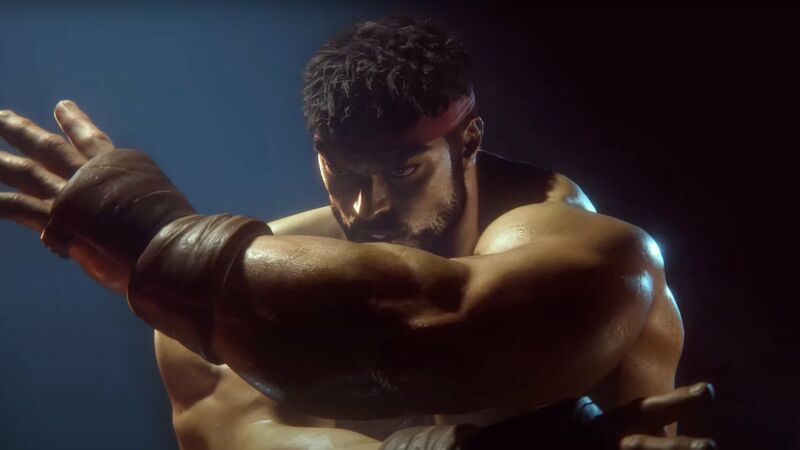 4.5
Capcom plans to release "multiple major new titles" by the end of the upcoming fiscal year.

The company touched on its broader content strategy in a presentation released alongside its annual financial report, which confirms another year of record profits largely elevated by Resident Evil Village and its 6.1 million copies sold.

While this does seemingly confirm that Capcom won't see big gaps or dips in its release schedule, the publisher's upcoming lineup is still being kept under wraps. For the moment, the only confirmed title on the docket is Monster Hunter Rise: Sunbreak, a massive expansion bringing new monsters, equipment, Follower quests and more to Rise on Switch and PC on June 30.

We also know that Capcom plans to launch Exoprimal, a frankly bananas dino shooter, sometime next year, but there's no guarantee it will arrive by March 31, which caps off the company's fiscal calendar.

That said, quite a few Capcom projects have been rumored for some time. Let's get the dark horse out of the way early: Dragon's Dogma 2 has never been more likely. It was spotted in the massive Capcom data breach in 2020, it was listed on the increasingly accurate GeForce data mine from 2021, and reliable sources claim it will use the same engine as Resident Evil Village. It's not at all a sure thing, but we hope it's on Capcom's calendar.

Incidentally, Street Fighter 6 was also first spotted in that data breach, and it recently got an official reveal headlined by Ryu's rippling abs. We're expecting more information on the fighter this summer, and it's possible the forthcoming update will include a release window.

Let's not forget the long-rumored Resident Evil 4 Remake, either. Recent reports suggest it could be announced sometime this year, which could put it in the running for Capcom's 2022-23 lineup.

Finally, there's Pragmata, a mysterious new-gen exclusive first announced in 2020 in the lead-up to the PS5. We haven't heard much about it in some time, but it's still listed on the PlayStation Store for a 2023 release date, and as of October 2021, Capcom said it was making "steady progress." There are definitely a lot of maybes orbiting Capcom, and there's a reasonable chance we see at least one of them within a year.