Skull & Bones Finally Set To Float Out By March 2023 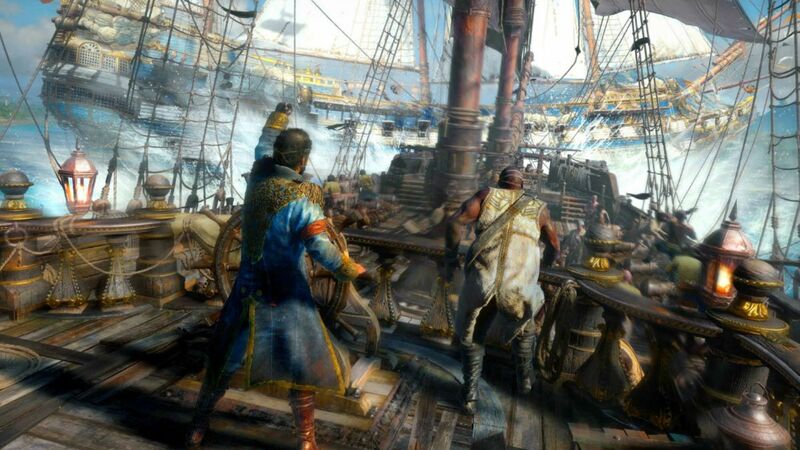 4.3
Ubisoft's latest financial report is out and the publisher has revealed a bunch of titles that are set to release before the end of the fiscal year in March 2023. One of these titles is Ubisoft's multiplayer pirate game Skull & Bones which looks to have been revived after a long stint of silence from the developers. Leaked gameplay of Skull & Bones' technical playtest made the rounds on social media last month, and it seems like we'll be able to hit the high seas pretty soon.

The two other games that are set to launch by March 2023 are Avatar: Frontiers of Pandora and Mario + Rabbids: Spark of Hope. We haven't seen much of either game since they were revealed during last year's Ubisoft Forward event, but if they were to release within the next year, then we'll probably get more details about both projects and Skull & Bones at whatever event Ubisoft has planned for this summer.

Since this news comes from a financial report, we didn't actually get concrete release dates for any of the games mentioned, but these games will launch before the end of March 2023 barring any delays. The only game we can vaguely guess a release date for is Avatar: Frontiers of Pandora, as the world is currently undergoing Avatar fever thanks to the announcement of Avatar: The Way Of Water. That film is set to release in cinemas this December, so it's possible the game will launch at around the same to capitalize on the hype.

From Ubisoft's earnings report today: Mario + Rabbids 2, Avatar and Skull & Bones are all set to release within FY23 (by March 31)https://t.co/E9NbCQuOkl pic.twitter.com/COUcD0X85V


In other Ubisoft-related news, the Guillemot family that controls Ubisoft is reportedly looking at partnering with private equity firms in an attempt to stave off takeover attempts as acquisitions become more and more common in the industry. The Guillemots are currently Ubisoft's biggest shareholder, and the family wants to increase their grip on the publisher by buying additional shares with the help of either Blackstone or Kohlberg Kravis Roberts, both of which are reportedly being considered.

Just have to wait near the time to see the outcome