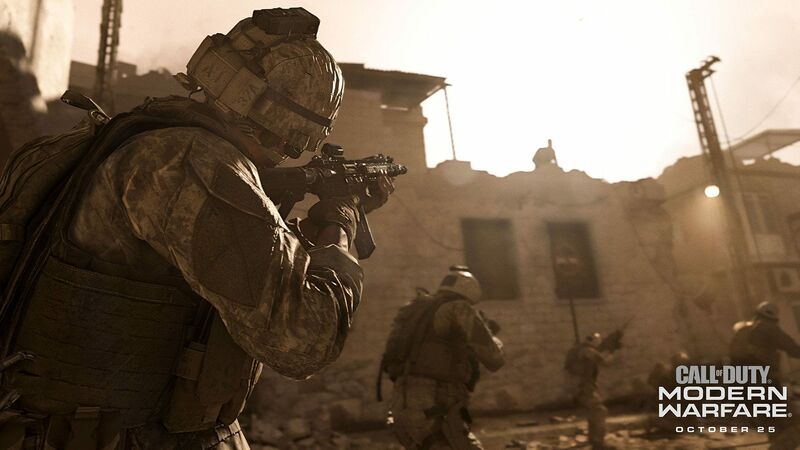 3.7
It seems like we now have a well-defined window of when Call of Duty: Modern Warfare 2 will finally be revealed. Over the course of the past few weeks, Activision and developer Infinity Ward have openly been dropping new teases related to the unveiling of this year's Call of Duty title. And while we have yet to know for sure when Modern Warfare 2 will properly be shown off for the first time, a new report has given us a better idea of what to expect.

Coming by way of Exputer, it was said that Activision and Infinity Ward are planning to formally reveal Call of Duty: Modern Warfare 2 early next month in June. The reveal itself is said to be coming in the form of a trailer for the game that will likely only feature footage from the campaign. Following this, Activision is said to be planning another showing of the game that will show off raw gameplay footage. Although it's not yet known where this presentation will take place, an event such as Summer Game Fest, which is set to take place on June 9th, might be one such venue for this.

In addition to Exputer, one other Call of Duty insider is reporting that early June is now the reveal window for Modern Warfare 2. Specifically, the insider, who goes by the name @TheGhostOfHope, has claimed that June 2nd will be the day on which the trailer for Modern Warfare 2 is revealed. Previously, this user had claimed that May 30th would be the announcement date, but they've clearly heard new information since that time.

It's important to stress that even though June is starting to look like the reveal window for Call of Duty: Modern Warfare 2, plans could always end up changing internally at Activision. As such, take all of this leaked info with a grain of salt for the time being.

this will be the cod that gets it back on track

Cannot wait for this to be revealed then be out, COD has been stale since COD4 & MW2 back in the day, ive played cod a couple times since but said to myself ill never play COD again cos they just aren't the same anymore with all the jumping about and exo suits, Warzone an all that bs that ruins a game like cod.

Good news is it woll be good