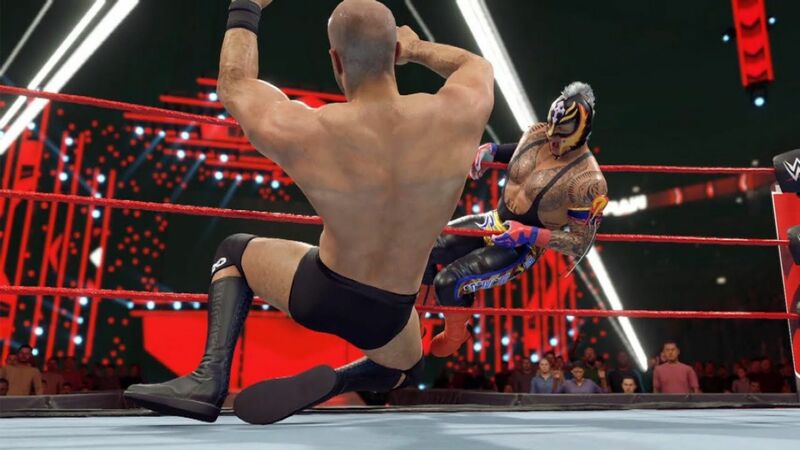 4
Probably one of the least expected announcements was made today, as it was announced that a WWE RPG game is in the works.

The WWE franchise was in quite a bit of trouble back in 2019, after WWE 2K20 received quite a lot of criticism from both fans and critics alike. However, the franchise retaliated back in style with the release of WWE 2K22, as it managed to win back the praise of fans and critics. The game turned out to be quite a success, and the developers managed to address the problems its predecessor faced. Now it seems like WWE fans could be getting something even more interesting.

In a financial earnings call today, Stephanie McMahon, the Chief Brand Officer of WWE has stated that a WWE RPG game is in the works. The details of the same weren’t shared as part of the presentation, but it was stated that more details about it will be revealed in the days to come. After the success of WWE 2K22, it was quite obvious that we would be seeing more from the franchise in the coming days, but hardly anyone would have expected that it would result in an RPG game in the universe.


Notably, WWE seems to be looking to expand heavily in the gaming space. Stephanie further adds that they are evaluating the metaverse as well, and the gaming space is a priority for them. She adds, “We also continue to evaluate the metaverse, both walled garden environments that already exist as well as decentralized properties. Look to hear more in the coming months. Gaming is a priority for WWE to reach our next-gen audience with over 80% of WWE’s audience self-identifying as gamers and nearly 60% of the gaming audience, in general, being 34 years or younger.”