Popular Bethesda Game Is Being Made Free 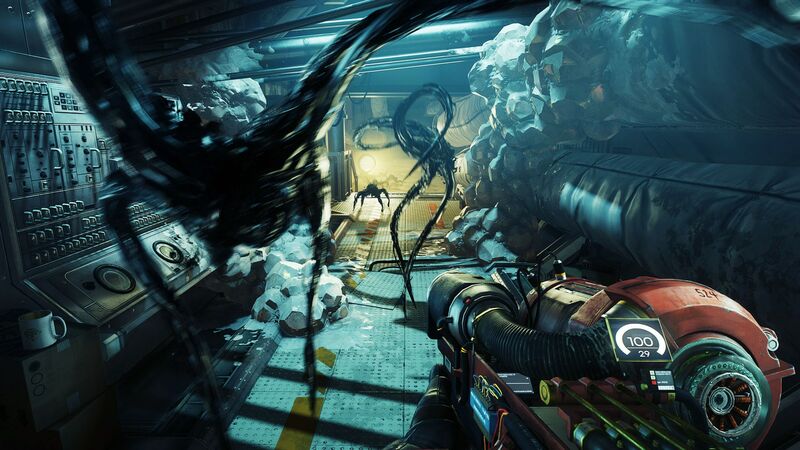 4.3
A popular Bethesda game will soon be available for free, no strings attached. Bethesda is best known for the games and series it internally develops, like The Elder Scrolls, Fallout, and the upcoming Starfield. It also has plenty of studios under it responsible for series like DOOM, Dishonored, Wolfenstein, Quake, and Rage. To this end, it's also delivered many great games over the years that have flown a little under the radar, like 2017's Prey, which will be free between May 12 and May 19 via Epic Games Store.

Prey -- a first-person shooter that wears its BioShock inspiration on its sleeve -- was developed by Arkane Studios, the team best known for Dishonored and the recent Deathloop. How well the game sold, we don't know, but it seemingly did not meet expectations, or it would have gotten a sequel already. It didn't light the world on fire critically either, coming in with final Metacritic scores ranging from 79 to 84, depending on the platform. These scores are solid, but not enough to earn the game the title of "critically acclaimed" Despite both of these things, it's increasingly viewed as a cult classic of last generation.

During the aforementioned window, all Epic Games Store users can download the game for free. Obviously, if you're on console, you're set to miss out on this offer as it is limited to Epic Games Store, which means it's limited to PC. That said, once claimed, the game is yours to keep. Further, unlike many freebies, this one isn't locked behind any type of subscription. All you need is an Epic Games Store account, which costs nothing.

"In Prey, you awaken aboard Talos I, a space station orbiting the moon in the year 2032," reads an official story synopsis of the game. "You are the key subject of an experiment meant to alter humanity forever – but things have gone terribly wrong. The space station has been overrun by hostile aliens and you are now being hunted. As you dig into the dark secrets of Talos I and your own past, you must survive using the tools found on the station -- your wits, weapons, and mind-bending abilities. The fate of the Talos I and everyone aboard is in your hands."


In addition to Prey, Epic Games Store users will also be able to download Jotun: Valhalla Edition during this time. Meanwhile, between now and next Thursday, Terraforming Mars is available to download for free. Unfortunately, it's the only freebie this week.

"Popular Bethesda Game Is Being Made Free" :: Login/Create an Account :: 2 comments

Certainly a really great game to have and play

Glad they have made it free for the PC gamers

I have never played this game but now it is free i will definitely have to take advantage of this and get some game time in and hope its a decent game. It does look decent from the video trailer above.