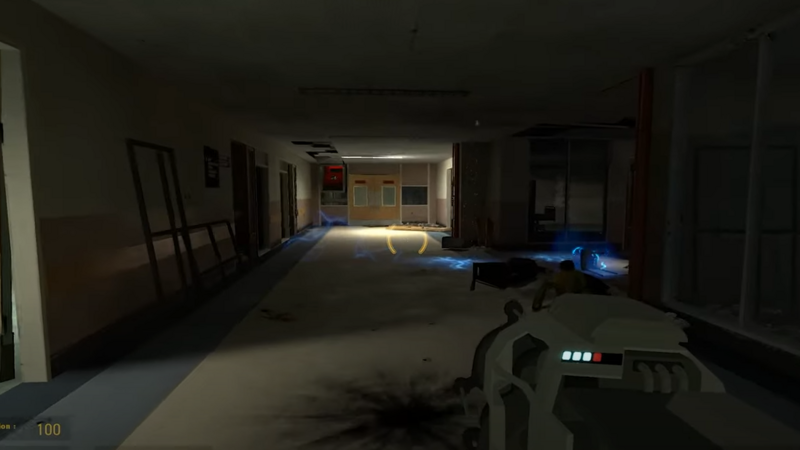 4.3
Nearly an hour of footage of Arkane Studios (the developer of Prey, Dishonored, and Deathloop) canceled Half-Life game, which was known as Ravenholm, has surfaced online. In the heat of the Half-Life 2 era, Valve had a lot on its plate. Not only did it just release a brand-new sequel to a beloved game, but it had committed itself to multiple episodes of additional story, serving as mini-sequels of sorts. Although 2 of these ended up releasing, the third never saw the light of day and has become a gaming legend. With that said, it wasn't the only Half-Life game that got swept under the rug.

Arkane's Ravenholm was sometimes referred to as the fourth episode of Half-Life 2 and was intended to be a spin-off without Gordon Freeman. The game would've been set in a zombified European town with the player tasked with joining Father Grigori on a quest to return to Ravenholm, the creepy city from Half-Life 2. The rest of the plot has largely remained a mystery, with only bits and pieces of footage of the Half-Life spin-off popping up over the years, but NoClip has provided us with nearly an hour of new footage. The gameplay is a walkthrough of the opening of the game, but it's unfinished and was never made with the expectation that it would be seen by the public. There's even some placeholder assets, such as music that seems to be pulled from The Dark Knight trilogy. This section was reportedly created to show Valve the work Arkane had accomplished, but the publisher ultimately decided to cancel the project. Regardless, it looks like an incredibly unique spin on the formula Half-Life 2 created. It's much more survival-based with lots of environmental puzzles, make-shift weapons and tools, and more. It looks far more polished than one might expect too, so give it a watch.

There have been rumors that Valve may be making Half-Life 3 in addition to another Half-Life game that recently leaked. Following the success of Half-Life: Alyx and that game's ending, many think Valve are ready to finish the story, but nothing has been officially announced. Only time will tell if we get a new Half-Life game, but it's unlikely we'll ever see Ravenholm get properly realized.

If this didn't cancel the project then this actually would've been a decent game going off what i have seen in the video above.