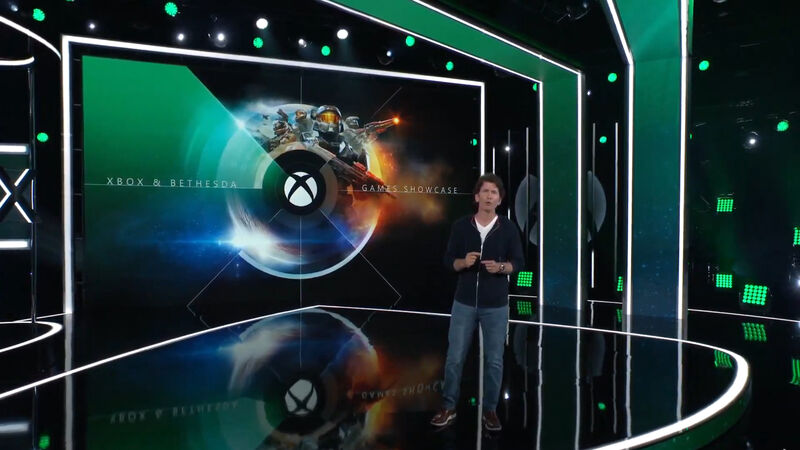 3.5
Xbox and Bethesda announced last week that they would be holding a new event in a little over a month on June 12th. Details on this showcase were largely quite sparse, with both Xbox and Bethesda only opting to disclose when it would take place. Despite such a lack of information directly from Microsoft, though, it seems like we have now learned how long the Xbox & Bethesda Games Showcase will end up lasting once it does take place.

Spotted by Pure Xbox, it seems like the forthcoming Xbox event is slated to last 90 minutes in total. Although Microsoft hasn't formally confirmed this just yet, when adding the event to your own calendar via Outlook on the Xbox website, it automatically blocks out a 90-minute window of time. Again, this might not end up being the official runtime of the event (likely because the showcase itself hasn't even been finalized internally) but this definitely a good estimate for now.

In a general sense, a 90-minute length for the Xbox & Bethesda Games Showcase would track with previous events that we have seen from each publisher. For instance, last summer's first Xbox & Bethesda Games Showcase ended up lasting an hour and 25 minutes in full, which puts it right around the same length of time that this year's iteration seems to be.

When it comes to what will be unveiled during the Xbox & Bethesda Games Showcase though, well, that's something we still don't know whatsoever. Even though it seems all-but-guaranteed that Bethesda Game Studios will show off new gameplay footage from Starfield, we don't know what else might be highlighted during this presentation.

Will be watching the showcase on June 12th