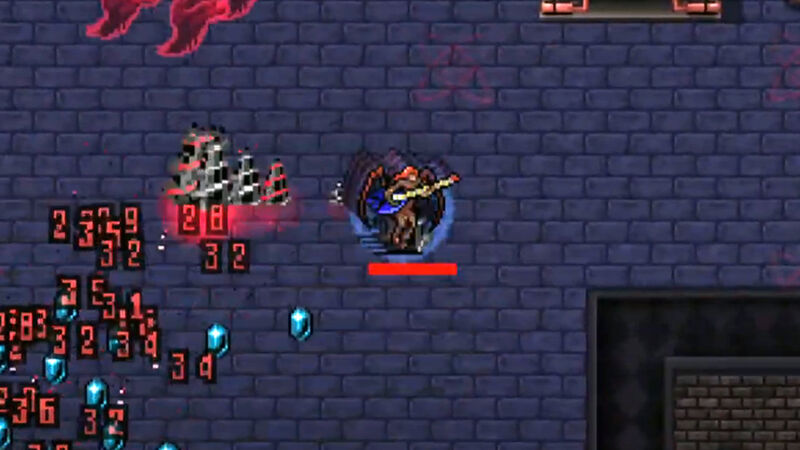 4.7
The Vampire Survivors 0.5.2 patch notes are here, unassumedly promising new Arcana power-ups, items, weapons, and more for later this week – but the roguelike game‘s teaser trailer reveals a new playable secret character in the form of a guitar-shredding bat-man.

According to developer Poncle, Vampire Survivors update 0.5.2 will hit this weekend on either May 7 or 8 and will bring with it a number of welcome additions. These include three between weapons and evolutions, one new item, another rank for the Banish stat, and a new relic or “minor gameplay option”. There’s also a bug fix for the Celestial Dusting fire rate being affected by the vampire game‘s fps.

There is also a suspicious mention in the patch notes of “a coffin in Gallo Tower”. The notes are usually quite neutral and often don’t give away anything, and usually hide such fun additions as swarms of killer cats and a dog that farts flowers. However, the teaser trailer for the update shows a flying bat-person who fights while shredding their guitar – who also fires drills in a straight line.

You can check it out below. It also shows off some hefty coin rewards and some giant murderous eyes.