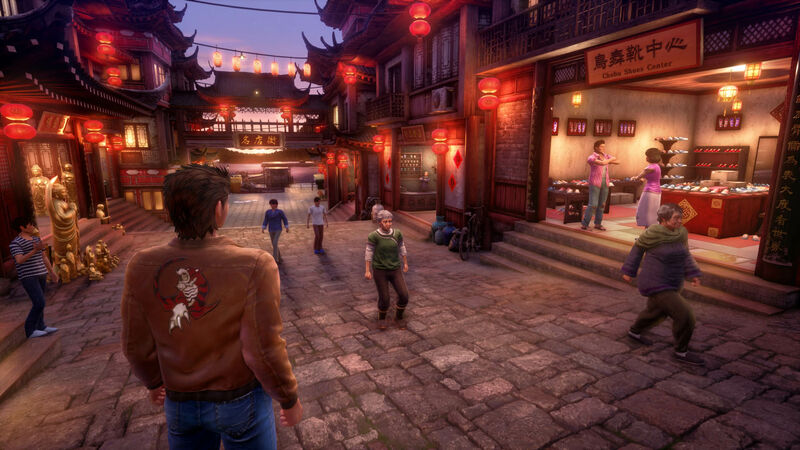 4.4
The Shenmue series has received a surprise resurgence in relevance recently with the release of Shenmue: The Animation, an anime project developed in collaboration between Sega, Adult Swim, Crunchyroll, and YS Net. The anime, which started production during Shenmue 3's development, just recently finished airing and has been met with positive reception from both long-time fans and newcomers to the series. Recently, rumors have begun to circulate implying that Shenmue 4 could be announced shortly after the anime's airing, however, series creator Yu Suzuki has claimed in an interview that there are "no concrete plans" for a fourth title.

Shenmue made its debut on the Sega Dreamcast in 1999 and is often credited with being the first ever open-world game, offering fully recreated renditions of Japanese towns with an unparalleled level of detail for a game of its time. It was followed in 2001 with Shenmue 2, which took Ryo Hazuki to Hong Kong in his quest to avenge his father's death. The series was seemingly canceled at this point, with Sega uninterested in spending the millions required to produce a third entry, which quickly became one of the most requested video game sequels of all time.

In 2015, creator Yu Suzuki launched a Kickstarter campaign for Shenmue 3 with his studio YS Net and the game managed to raise over $6.3 million in crowdfunding, remaining as the most successful video game Kickstarter to date. The game released in 2019 to mixed critical reception, but publisher Deep Silver was satisfied with the game's sales.

Recently, Wanted: Dead publisher 110 Industries began teasing its involvement in a possible Shenmue 4. The publisher began by sharing cryptic messages implying that the reason Yu Suzuki had been part of its Tokyo Game Show presentation was due to its involvement in Shenmue 4, and further drew fans' speculation by sharing vague teases that related to the Shenmue series. Yu Suzuki now seems to have cleared the air surrounding this speculation however, as in a new interview with Famitsu the Shenmue 3 director claims that there are no concrete plans for Shenmue 4.

He elaborates by claiming that if the game does get made, he wants it to be more "accessible" to newcomers, as he created Shenmue 3 mainly to appeal to fans considering the game was funded through Kickstarter. Suzuki believes that this made newcomers feel like they had been "left behind," and believes that creating Shenmue 4 to be a more accessible entry point would help improve sales over Shenmue 3.

It appears that, at least for now, Shenmue 4 is still a long ways off. Many fans are of the belief that a Shenmue 4 would not take as long as Shenmue 3 to develop given YS Net's newfound understanding of Unreal Engine 4 development and the ability to reuse assets from Shenmue 3 streamlining the development cycle. Despite this, it appears that Shenmue 4 has not yet found a home.