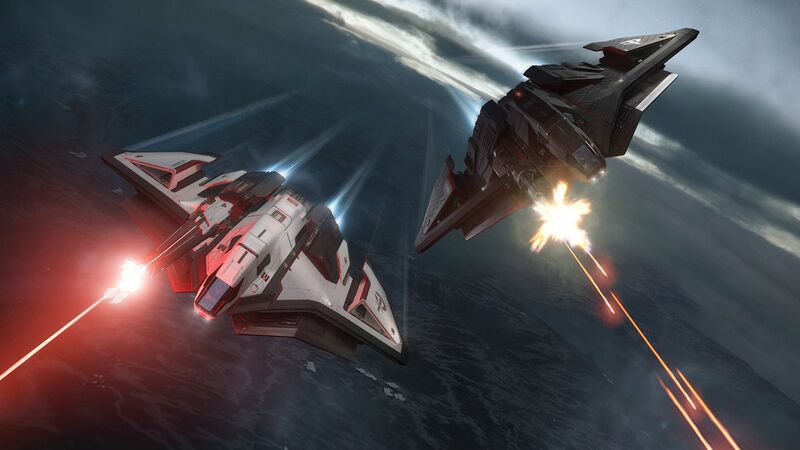 4
Accompanying Star Citizen's latest alpha update is a light-hearted but well-crafted trailer briefly showcasing many of the update's new features. Fans of Star Citizen and those interested in its development progress can get a solid rundown of what's been changed thanks to the new trailer.

Officially announced by Roberts Space Industries in 2012 with an expected release in 2014, Star Citizen has seen some controversy due to its extremely lengthy development process. Nearly ten years later, the game is still receiving important updates as it inches toward a state of completion. A pioneering project in the world of crowd-funded gaming, Star Citizen has received over $400 million total in funds from eager supporters wishing for an expansive and immersive space sim. The project has come a long way in those years thanks to a long history of increasingly important updates bringing more features, refinement, and optimization into Star Citizen's universe.

The official trailer was released on April 29th through Star Citizen's YouTube channel, and thanks to the playful cinematography and music selection, it's obvious that this update's new content is about making money. Players are shown mining asteroids, selling loot, and utilizing the new mining gadgets all while their bank balance steadily increases thanks to these money-making endeavors. The new loot generation feature is being utilized in this update, allowing players to sell acquired loot for money at kiosks. Ship-to-ship refueling is also featured, allowing enterprising players to make money selling and distributing fuel to pilots in need. Most of the additions are system-related, so new vehicles like Star Citizen's HoverQuads aren't in the picture this time around.

Of course, many changes coming with Alpha 3.17 aren't exactly filmworthy but are important to note regardless. Gameplay balance has been adjusted in many areas, from reorienting heavy fighter and larger ship shields to adjusting the types of damage that missiles deal. The decay rate of hunger and thirst has also been increased, so pilots should be wary of their supplies and plan accordingly for lengthy trips into the void of space. Performance has been optimized in several areas and many players have experienced a noteworthy increase in framerate. Ship components can also now be stored and transported inside ships, accompanying an overhaul of ship inventory sizes. Finally, It wouldn't be an Alpha update without literally dozens of minor bug fixes and crash fixes. It's clear RSI has been busy in the six months since Star Citizen Alpha 3.16.

There's a lot to appreciate with this new update, especially for players who have been experiencing performance issues. Those that have been on the fence about buying a starter pack for Star Citizen may find that now is the best time to do so. Although Star Citizen is getting more refined and adding more content regularly, it's still considered to be in an Alpha state, so those looking for a fully finished product will have to wait or be content with alternatives such as Elite: Dangerous or X4: Foundations. After ten years of Star Citizen development, however, potential pilots have grown used to the waiting game.

Star Citizen is available on PC.