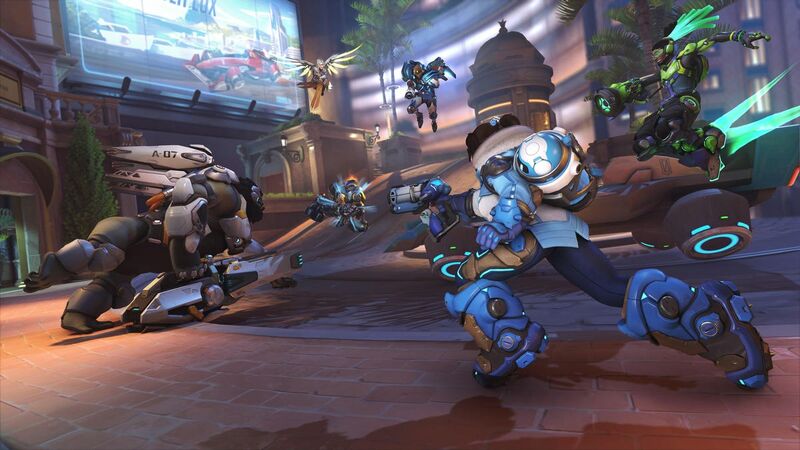 3.7
It's been a very long road for Blizzard's upcoming online shooter, Overwatch 2. After being announced during Blizzcon 2019 with an emphasis on a shared online multiplayer environment with its predecessor, Overwatch 2 went dark for a lengthy period of time, leading many to wonder if the game has having difficulty behind the scenes. That sentiment would only increase with the high profile departures of key Blizzard staff members including former game director, Jeff Kaplan.

For all of the secrecy and development troubles, Overwatch 2 has continued to progress and with that momentum, Blizzard has finally released a beta version for eager fans to try out. Fans have been excited to check out the sequel as Overwatch 2 beta streams have managed to surpass 1 million concurrent viewers on platforms like Twitch, with many eager to see how certain characters have been reworked. For all the excitement surrounding the online game, there are seemingly no shortage of those who would rather ruin the experience for many.

The Overwatch 2 beta kicked off earlier this week, giving fans access to the new maps, reworked 5v5 gameplay, and new heroes like Sojourn. For all of these new changes, the learning process has gotten even more difficult as matches have seen the onset of hackers. As expected, the cheating includes methods like wallhacks and aimbotting, highlighted by a Twitter user named Anti-Cheat Police Department. In the short clip, they showed Soldier-76 in the practice range with enemy robots highlighted in red.


While this should definitely be concerning to players, responses to the Tweet have shown that this problem has already become worse in matches with many users showcasing the rampant hacking already happening. One user recorded a player named Jennifer using an aimbot that snaps to each enemy player, ultimately giving them "Play of the Game" for quickly eliminating numerous players. Overwatch 2 fans are rightfully worried that the anti-cheat system hasn't evolved or changed at all from what was used in the first game.

This certainly isn't the first time an Activision-Blizzard game has been negatively impacted by hackers. In fact, massively popular shooter Call of Duty: Warzone has a long history of cheating from wallhacks, aimbots, map manipulation, and even third party vendors selling cheats. Things got so bad that Activision implemented a brand-new solution called Ricochet, which has had growing pains but continues to evolve and has largely removed the threat of hacking. Overwatch 2 players are hoping that this early data can be used to strengthen the game's anti-cheat to better prepare the experience before it launches in full.

Hackers will be every fooking where

Can't hackers/modders just give it a break to let people have fun in games, They have ruined so many games over the years and are still ruining them. Hackers/Modders are useful sometimes but most times its just annoying when you just want to have a bit of fun and play a game.