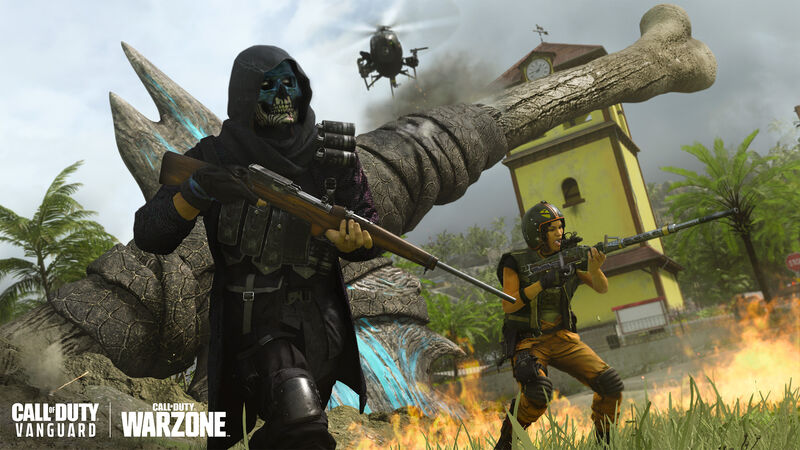 4.5
As part of a recent anti-cheat update, the developers behind Call of Duty: Vanguard and Warzone's Ricochet anti-cheat system have outlined a new in-game mitigation technique called "Cloaking." Essentially, Cloaking all but makes cheaters helpless against their opponents as it makes legitimate players invisible to those cheating, allowing normal folks to take on cheaters much, much easier.

"With Cloaking, players that are detected to be cheating can find themselves unable to see opposing players in the game world," the official anti-cheat update blog post reads in part. "Characters, bullets, even sound from legitimate players will be undetectable to cheaters. Legitimate players, however, can see cheaters impacted by cloaking (generally, they'll be the players you see spinning in circles hollering, "Who is shooting me?!") and can dole out in-game punishment. This, like our previously revealed mitigation technique Damage Shield, gives legitimate players a leg up on cheaters."

We also wanted to spotlight one of #TeamRICOCHET's new mitigation techniques: cloaking.

You may have seen this in the wild - cheaters find themselves unable to see opposing players. Characters, bullets, even sound from legitimate players will be undetectable 👻


While this might be the first time that the Call of Duty developers have detailed Cloaking, it appears to have been added some months back. Footage of cheaters entering a match and starting to go off before their enemies suddenly disappeared was making the rounds back in February, and it was rightly suspected to be a new in-game mitigation technique courtesy of the Richochet anti-cheat system.

Funny as hell. Would love to see a meme of cheaters being cheated

Still isn't as affective as claimed. Every time companies like Activision brag about new innovation like anti cheat system and it is always "undercut or unfinished."

Anyways people are still modding (aimbot, ESP, zero recoil, minimap advanced UAV, etc and they make multiple new accounts once they get banned. Yes this might EVENTUALLY ban them but by that time they already had their fun for the day. On the other hand, if you want to keep a long lasting stat account and work on building the stats over time....well eventually you will lose your main account. It's inevitable coming from someone who's main account on Battle.net is banned from CW, Vanguard, Blackops 4, the only game I can play is MW/Warzone but other accounts I've been banned on that too.

This is class. They should do this in most games players cheat in or make it so players cant gain any scores or XP if they are cheating. Like Forza Horizon 5 has cheated leader boards it should recognise a cheated PR Stunt and not give the player any score therfor the leaderboards wont be messed up.