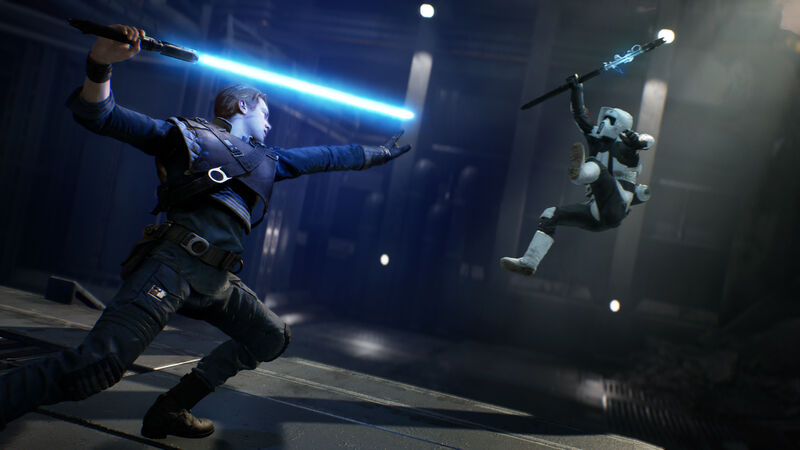 4.7
Some potential bad news for Star Wars fans may be coming very soon as reports suggest Star Wars Jedi: Fallen Order 2 will not be on last-gen consoles. Respawn is believed to have been working on the highly-anticipated sequel for the last several years after the first game was a smash hit. The game is one of several Star Wars titles being developed by Respawn. It seems the success of the first Jedi: Fallen Order has resulted in Disney putting a lot of trust in Respawn, so much so that it seems to be willing to cut out a large part of the market for its new sequel.

According to Jeff Grubb, Star Wars Jedi: Fallen Order 2 will only be available on Xbox Series X|S, PlayStation 5, and PC. Given a lot of people are still struggling to obtain the new consoles, this is a notable move. Many developers, including Sony's first-party teams, are trying to ensure their new games work on old consoles like PS4 so these titles are accessible to everyone. Not only is this done to try and make sure fans have the opportunity to play them, but also likely to ensure a better profit margin. According to Grubb, Respawn is doubling down on current-gen with this sequel. Grubb also stated that the game is expected to get a proper unveiling at Star Wars Celebration at the end of May, but nothing has been confirmed. Respawn and EA have confirmed they are working on a sequel to Star Wars Jedi: Fallen Order, but details have been relatively scarce.

Virtually no story or gameplay details have leaked from any reputable sources, so Respawn has managed to keep a tight lid on the upcoming sequel. Rumors suggest that the game will not actually be called Star Wars Jedi: Fallen Order 2 and that it will release around holiday 2022. If true, it means Respawn was able to pump a sequel out in roughly 3 years, which is quite impressive.

Gossip Hopefully, they add fast travel spots on the maps. I hated having to run all the way through to the end part just to pick up the last collectibles. It was a nightmare.

Hopefully, they add fast travel spots on the maps. I hated having to run all the way through to the end part just to pick up the last collectibles. It was a nightmare.